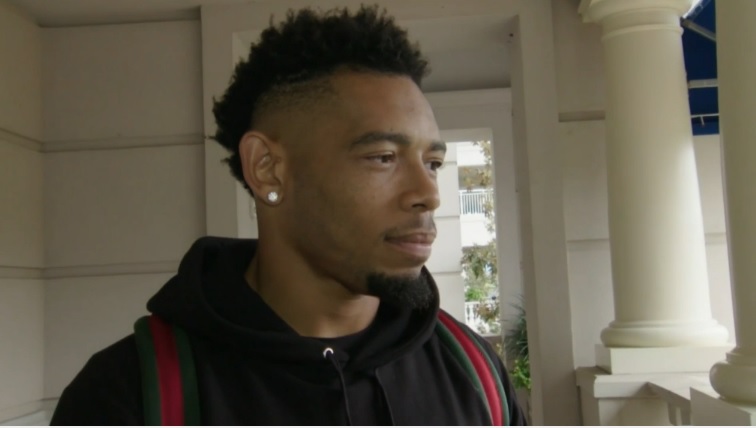 From a defensive perspective, I would imagine it would have to be a good thing should an offensive lineman ever be forced to take notice of a cornerback on the other side of the field. And according to the Pittsburgh Steelers’ offensive linemen, new cornerback Joe Haden has certainly been a noticeable presence during practice.

To be fair, some of them may be slightly biased, as two of the five starters were teammates with Haden in college, those being center Maurkice Pouncey, who came out the same year as the cornerback, and right tackle Marcus Gilbert, who stayed for his senior season and declared a year later in 2011.

It was Gilbert who spoke to Jeremy Fowler yesterday about Haden’s presence after the two of them both heavily recruited the former Gator to find his way to Pittsburgh—which he did by the end of the same day that he was released in mid-August.

“Honestly, these guys look like a different group out there”, he told the ESPN reporter about how the defensive backfield has been shaping up in the wake of the former first-round draft pick’s arrival. “Just the energy he brings–he’s the type of guy who’s high-spirited, loves to come to work, high-energy all the time”.

That is probably not a bad thing to bring into a secondary that seems to be becoming largely handed over to youth, including perhaps three first- or second-year starters. Artie Burns at right cornerback and Sean Davis at strong safety both entered the starting lineup as rookies a year ago, while it appears that first-year cornerback Mike Hilton may open the season in the slot.

The only other veteran presence in the starting lineup, then, would be Mike Mitchell, entering his ninth season, and fourth with the Steelers, though of course 11-year veteran William Gay will remain a presence. If he does not continue to start in the slot, he is expected to be their dime defender to start the season.

But Haden is not expecting to bring with him the wear and tear of his accrued experience over the past seven seasons, and, in fact, told Fowler that he feels “he’s regained his pre-injury athleticism”. The former Pro Bowler has been riddled with multiple health issues over the past two years, missing 11 games in 2015 because of concussions and then three, plus parts of others, last year due to multiple groin injuries.

But he found himself running down the sideline against Darrius Heyward-Bey, still one of the fastest players in the NFL, and feeling comfortable doing so, a good personal indication for him that he believes that he is athletically and conditioning-wise where he needs to be.

As you all know by now, his first true test will come against his former team in Cleveland on Sunday, where he expects to be tested early and often. But he feels ready for it. The Steelers are literally banking on it.