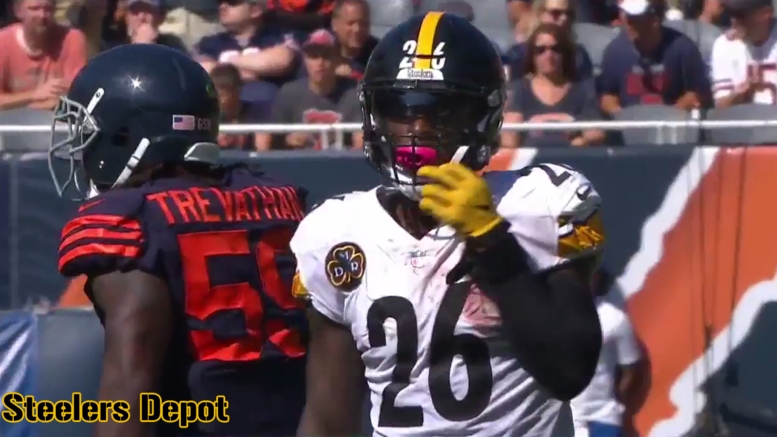 Though it is somewhat of a minor distinction, running back Le’Veon Bell did claim for himself a franchise record that was previously held by wide receiver Antonio Brown. In his 50th game, the fifth-year running back caught a short pass early in the third quarter for his 237th reception in his career, the most by any player for the Pittsburgh Steelers in franchise history.

It was his 10th reception on the season after picking up seven over the course of the first two games. He in fact finished the day with six total receptions, though they only netted him a total of 37 yards, with a long reception of 12, which was his longest of the season.

Three games into the season, the Steelers’ running back has 13 receptions, but only for 56 yards, averaging just 4.3 yards per reception. Even when he spent the majority of his time catching checkdowns from Mike Vick and Landry Jones in 2015 over six games, he averaged 5.7 yards.

There is no beating around the bush over the fact that Bell’s productivity numbers are very poor over the course of the first three games. He has just 236 total yards of offense, averaging just 78.7 yards per game. Only six times in his career prior to this season had he had fewer than 80 total yards in a game in 47 games played, the majority coming in his rookie season.

But one has to think that the efficiency numbers will turn around as the season develops and he gets more and more comfortable with his surroundings again, and the offense as a whole establishes more of a rhythm. That can be difficult to do when three of your first four games are on the road.

Entering the day with 236 receptions, though, it is notable that he ended up with 242 on the other side of the completion of his 50th game played. I believe LaDainian Tomlinson holds the record for the most receptions by a running back in his first 50 games, catching 244 passes in that 50-game span. Bell now has the second-most of all time at his position through that benchmark.

If he should catch five passes against the Ravens, it would put him even with Tomlinson at the same point in his career. Generally, however, the Hall of Fame running backs’ receiving contributions declined after his first 50 games. He only averaged at least four receptions per game in a season twice, in his second and third years, though he only averaged fewer than three per game in one season late in his career.

As we have seen from other prolific pass-catching running backs, their productivity as receivers have often declined after their first few seasons, with Marshall Faulk being a notable exception. It will be interesting to see what the future holds for Bell as a receiver throughout the rest of his career—after intimating that he deserves to be paid in part for what he does as a pass-catcher.