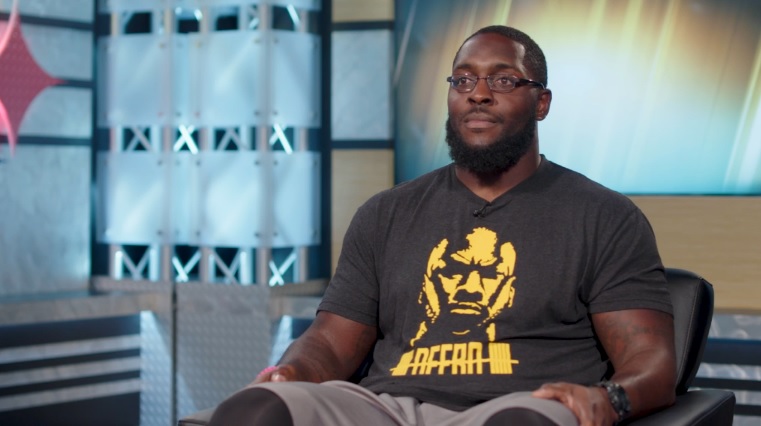 I’m all for hearing about players and coaches who don’t get a lot of press. We hear and know so much about Ben Roethlisberger, Antonio Brown, and Ryan Shazier that it sometimes gets a little bit boring. So it’s nice when the Steelers’ site sits down with an unsung hero like Chris Hubbard, who spoke with Missi Matthews following this weekend’s loss at Chicago.

To be fair, it’s sort of a boilerplate interview when it came to Mike Munchak. Nothing you haven’t heard before. But when you’re coached by one of the best in the league, there’s going to be a consensus among players. Hubbard said Munchak has aided him in becoming the team’s most versatile player.

“Getting me ready for tackle here, maybe center here one day, then guard,” Hubbard said. “I like how he throws me in the fire. It shows me that he can teach me different things and different drills during the week.”

The core beliefs and principles Munchak has are the same across the board. Stay square to your blocks, be perfect with your first two steps, and give max effort every rep.

Hubbard has filled in at both tackle spots during the first three weeks and when the group is healthy, has checked in as an extra tight end/sixth offensive linemen. Naturally, he had nothing but good things to say about his coach, who has helped to transform this unit from bottom of the rung to one of the best in the league, though clearly, the first three weeks leave a little to be desired.

Learning from someone who has not only played in the NFL but at its highest level is a huge influence in that locker room. Automatically, there’s a respect factor and gets guys to buy into the system, perhaps one issue with his predecessor, Jack Bicknell Jr., who never played on Sundays.

Hubbard also gave credit to one man we almost never talk about, strength and conditioning coach Garrett Giemont, a key cog to player development. Especially for UDFAs like Hubbard, who took some time to get his weight up from college.

“Coach Garrett Giemont helped me out a lot during that time. Just getting with him and working with the things I need to get better. Just working on my craft as much as possible.”

Giemont, and I totally forgot about this, was the first coaching hire made by Mike Tomlin in 2007. Those two spent time together in Tampa Bay, a common thread among this coaching staff. Keith Butler, Richard Mann, and Randy Fichtner all worked together prior to Pittsburgh.

Still, even with top coaching, there aren’t many in the league who do what Hubbard does. Even in training camp, there were days where he worked with James Daniel and the tight ends, given that will be his role in an ideal, healthy world. Though his start against the Bears was shaky, Matthew Marczi broke it down yesterday, he was available and ready, two valuable traits for backups.

And when the time comes for him to step in, Hubbard knows the standard doesn’t change.