The 2017 NFL season is finally here and it kicks off Thursday night with the New England Patriots hosting the Kansas City Chiefs on NBC.

As I do every year, below are my final regular season records and playoff predictions for the 2017 season, but first, have a little fun by looking at my predictions from last season.

In the NFC, and just like last year, I once again have the Green Bay Packers, Arizona Cardinals and Seattle Seahawks all making the playoffs in 2017. I also have the Atlanta Falcons and Dallas Cowboys both making it into the playoffs as well this year after being way off on my predictions about the two teams last year. The New York Giants bring up the rear this year on the NFC side as I have them sneaking in as a Wild Card team.

As far as the AFC goes, it’s hard to bet against the Patriots and Pittsburgh Steelers both not making the playoffs this year. The AFC West, one again, figures to be tightly contested and I have the Oakland Raiders coming out one game ahead of the Los Angeles Chargers in that division with the latter getting a Wild Card berth. The Tennessee Titans should win the AFC South this year and I have the Miami Dolphins sneaking in as the last Wild Card team in the conference.

It’s not hard to imagine a rematch of last year’s AFC Championship game again this year. I will play the eternal optimist and predict that this is finally the year that the Steelers can win the AFC by finally beating the Patriots in Foxboro. As for the NFC side, I have the Packers beating the Falcons in a rematch of last years NFC Championship game.

Since I’ve gone this far with my optimism for the 2017 Steelers, I will predict that they will beat the Packers in Super Bowl LII at U.S. Bank Stadium, Minneapolis, MN. 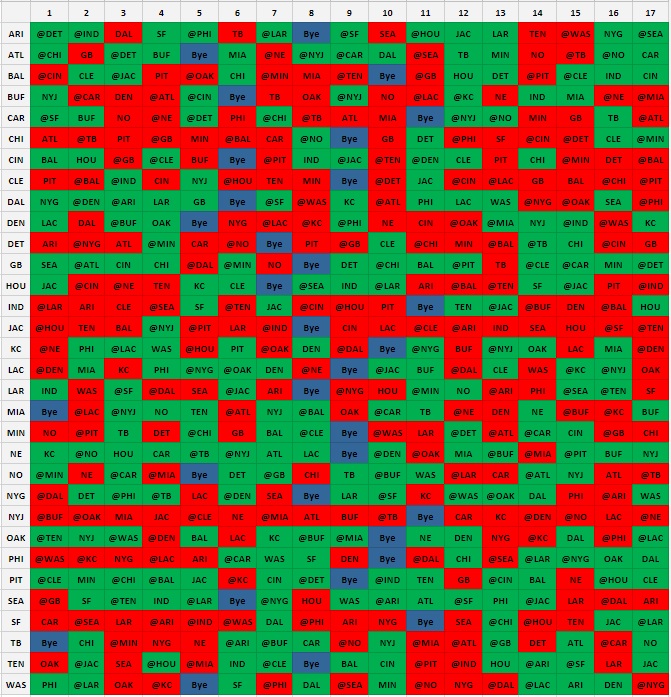