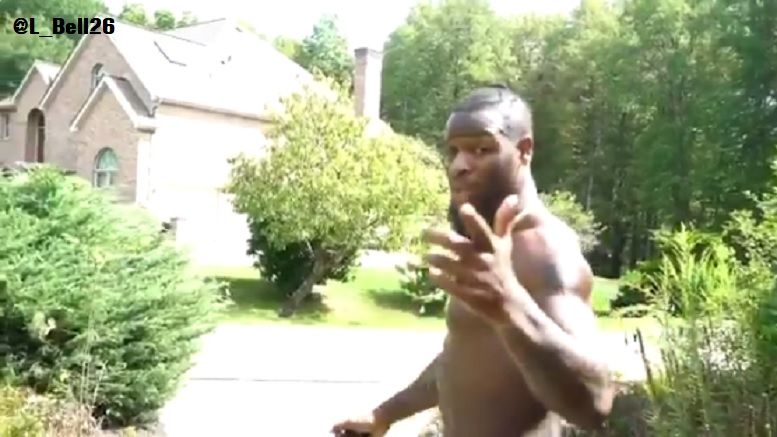 Well, I’m not really sure what to make of this latest video from Pittsburgh Steelers running back Le’Veon Bell so maybe all of you can help me out with it.

I’m guessing that Bell is trying to tell us that his price tag has now gone from $15 million per season to $17 million. I’m also not really sure why Bell made sure to specifically tag Antonio Brown, Bud Dupree, Ryan Shazier, James Harrison and Vince Williams in this tweet as well.

Bell, by the way, is expected to sign his franchise tag tender and report to the Steelers on Friday, September 1. His first practice, however, won’t happen until next week. With that said, he’s still expected to start the regular season opener against the Cleveland Browns.

As things stand right now, it’s really hard to imagine the Steelers giving Bell a long-term deal next offseason that averages $17 million per season. If he ultimately plays for the Steelers in 2018, he might very well do so while wearing the franchise tag again and that amount will be slightly more than $14.5 million.

I’m interested to hear how several of you interpret this latest video.

Yikes, I’ll be glad when the season starts.