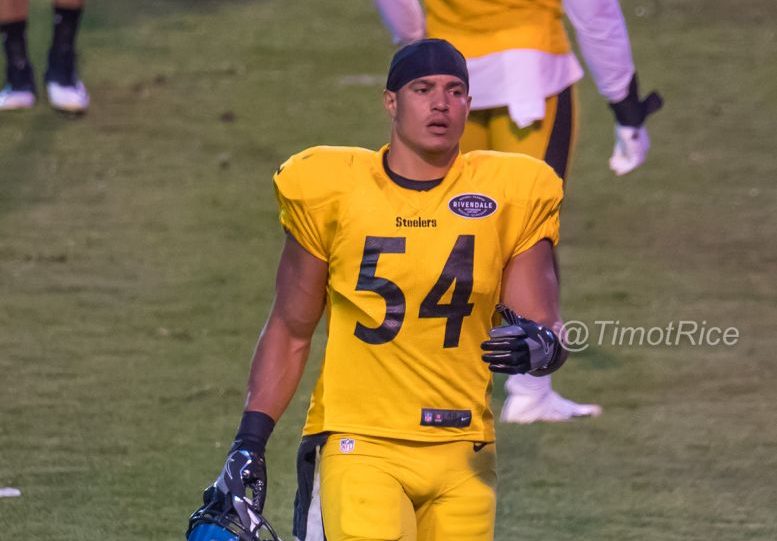 Now that the 2017 Pittsburgh Steelers training camp has concluded, we’re recapping everything that went down over these past 16 practices. We’ll break down each play, position-by-position, with final winners and losers at the end. Finishing up the linebackers with the inside guys.

Ryan Shazier: Unfortunately, a similar story with him. He missed 9.5 practices with a hamstring injury, only returning in pads for the final day, a light workout compared to nearly any other. When he practiced, he was solid, which is what you’d expect. The special athleticism he has has become the norm so we generally aren’t wowed by it anymore. But with so much time missed, and those first two practices done in pads, we don’t have enough of a sample size to go off of.

Vince Williams: While Mike Tomlin initially held Williams out of padded practice, he quickly got back in there. Always have professed his coverage ability has been underrated and he responded with several breakups down the seam throughout camp. While I can’t recall any one particular hit that stuck out, he had his fair share of licks in the run game. Williams brings a level of intensity to the game that’s hard to match. A great teammate who got hyped in preseason games when he would stand on the sideline and watch someone else make a play. Sounds cliche and dumb but the dude loves football. It shows. The play ain’t half-bad either.

Tyler Matakevich: Definitely one of camp’s darlings. His play speed makes up for his 40 speed and he was a menace in the backfield, consistently shooting the A gap and getting into the backfield. He takes great pursuit angles and finishes plays with force and violence. Like Williams, there were even a couple impressive plays in coverage, though he’s best in zone, when able to get depth, read the play, and drive on the throw.

Constantly earned the praises of teammates and coaching staff. Not much more he could’ve done better to improve his camp.

L.J. Fort: Fort is an underrated athlete with an outside linebacker background. That’s why in Week 1 last year, Fort made a brief appearance as the Mack linebacker, the weakside position Shazier plays. While that is unlikely won’t happen this year, Matakevich is the top backup at both spots, it’s good depth to have.

It also makes for an asset on special teams, the combination of speed and hand usage to work off blocks and get downfield. He’s a sideline-to-sideline player and a solid tackler. The Steelers feel they are in a much better place with their ILB depth than a lot of fans do.

Steven Johnson: Johnson isn’t that much different from Fort. But I do think he’s a noticeably worse athlete and that’s why he serves as the Buck (strongside) linebacker. His camp was fine, he did really well in the backs on ‘backers coverage drill (5-3), and he had one breakup in coverage deep downfield vs Xavier Grimble. I don’t have, and never really had, anything terrible to say against him. I just think Fort is better.

Matt Galambos: The Galambos/Keith Kelsey battle and comparison is similar to Fort/Johnson. Galambos is the less athletic of the two. But he shows a good football IQ and looks to finish reps. His best practice came at the Heinz Field practice, forcing one fumble and recovering another. I haven’t gotten a good feel for what he does in coverage but I don’t think it’s going to be his strong suit. Plus side, and I’m not counting this in the grade, I’m just sayin’, he saw a ton of reps in the second preseason game while Kelsey got very little. Some of that is due to the position they play but still, more tape, more time to shine.

Keith Kelsey: Similar story to Galambos. Two things stick out to me that set him apart. A better athlete and better tackling technique. Near leg/near shoulder principles that create power on contact. If you made me choose today, I’d give Kelsey the nod over Galambos on the practice squad but as noted, the snap count Galambos got against the Falcons is hard to ignore.