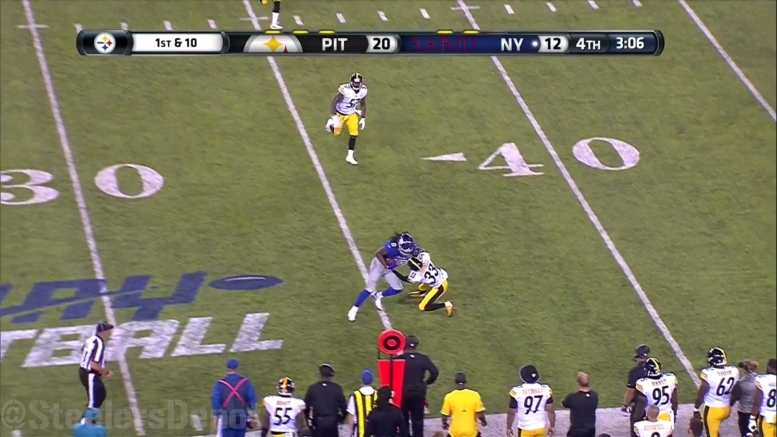 So I just wrote about Jake McGee yesterday before the preseason opener. Good call or great call? Or mere coincidence? Unfortunately it’s the latter, since I’ve been focusing in this series on the players who have been brought onto the 90-man roster since training camp opened, and McGee was the second of four such players to be added to the team since then.

The third one was cornerback JaCorey Shepherd, who saw a good amount of playing time last night, though not all of it positive. According to the play by play in the game book, the still officially numberless according to the official website cornerback recorded one tackle in the game, a six-yard catch on second and 10.

The 5’11” cornerback is a second-year player who was originally a sixth-round draft pick of the Eagles in 2015. He tore his ACL during the preseason of his rookie year, and thus was on injured reserve, but he was able to return the following season.

Still, he was actually got initially, and was not even re-signed to the practice squad until a few weeks later. And then a week into that stint, the was released again, then signed again a week later, and then released yet again a few days after that.

But in early-mid October, finally, the 49ers signed the second-year player to a contract and he was on their roster for 11 games, although he had a very limited role. He recorded a total of two tackles on the season, one of them as an assist.

Shepherd served as the left outside cornerback for the Steelers last night late in the game. With about four minutes to play, he was the target of a third-down pass off a scramble drill at the right sideline, which he did well to contest.

Playing 10 yards off the ball, he did get targeted on the first play of the next drive with the receiver driving back to the ball. The cornerback was then stiff-armed into the ground for about a 20-yard gain in all. He was the target on a deep overthrow on the next play after failing to effectively jam. His tackle came on the next play, on which he was not the target.