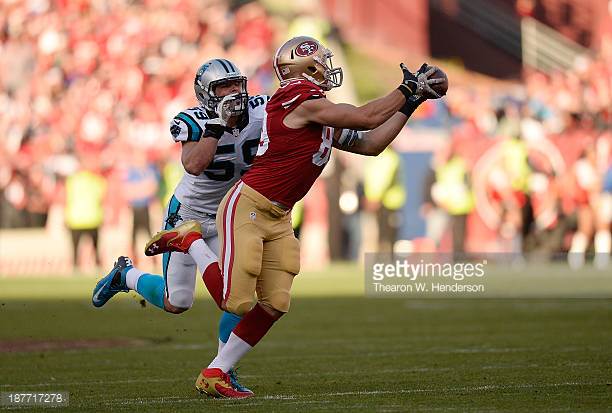 Welcome to Pittsburgh, Vance McDonald. The Steelers shook up their roster by acquiring the tight end from San Francisco, a move that was necessitated by how underwhelming the current group has been. McDonald is not the athlete Ladarius Green was or the top-notch blocker Heath Miller was but a well-rounded player who will improve in areas the team needs the most.

We’ll go through each one of those points, and some others, today.

It’s no secret the Steelers tight end group wasn’t the most athletic post-Green’s release. For them to be successful means they have to make an impact in the red zone, an area where the team was poor last year (also no secret).

Five of McDonald’s seven career touchdowns have come in the red zone. Let’s look at them. Two years ago against Seattle. McDonald split out to the bottom. Nod route down the seam, stemming to the outside to freeze the corner before bending his route back in. Pass on the money, McDonald makes the catch, and runs through Earl Thomas for the score.

Or last year against the New England Patriots. Good burst away from a good safety in Devin McCourty. Pass is thrown behind, giving McCourty a chance to make a play on the ball. But McDonald reaches back for the ball and hauls it in, completing the catch as he went to the ground.

An area Jesse James has particularly struggled in, though that and red zone effectiveness and sort of part and parcel. McDonald does well to avoid contact down the seam, surrounded by three defenders, making a sliding catch for a big gain. Tough grab but McDonald does it perfectly.

This is one of my favorite of his. Corner route to the right sideline. Throw again off-line, thrown behind, but McDonald adjusts, leaps, and hauls in the pass with the safety closing in over the top. Play a tight end has to make to beat Cover 2.

Before he’s even put on his uniform, McDonald is the best run after catch (RAC) threat on the team. Impressive in the open field. 65 yard touchdown off about a 10 yard completion on a drag.

Or this 75 yard touchdown, getting help from a nice crack block on Luke Kuechly but still, out-running everyone. Jesse James sure as heck isn’t doing this.

McDonald was regarded as a top notch blocker. I watched most designed run plays from last season and don’t think he was quite on that level. Has good size and length (34+ inch arms) that helps a lot. Has trouble sticking on contact when climbing to the second level, has to do a better job of staying square, but he does a nice job here, pulling around to work to the MIKE linebacker, giving the back the edge (McDonald is #89).

And here, washing the linebacker out of his gap to let Carlos Hyde run off his hip.

One area he wasn’t asked to be used in was pass protection. Certainly something he’ll have to do in Pittsburgh, though I think he has the tools to succeed.

Bottom line, he’s a good-enough blocker. About on the same level as Jesse James.

I could only find one clear-cut drop when I went through last year’s games, though I definitely could’ve missed it. Here’s the one I found.

McDonald did have at least one ugly drop last year. Another may have been counted but pass was behind. pic.twitter.com/ManrRMCKTd

But in what I did see, I didn’t get the sense his hands were that bad. Not nearly as bad as some made it out to be.

McDonald has been used all over the 49ers’ offense. On-ball, off-ball, split out, and in the backfield. In 2015, the 49ers ran a lot of plays out of their diamond formation, pistol with two sidecars. 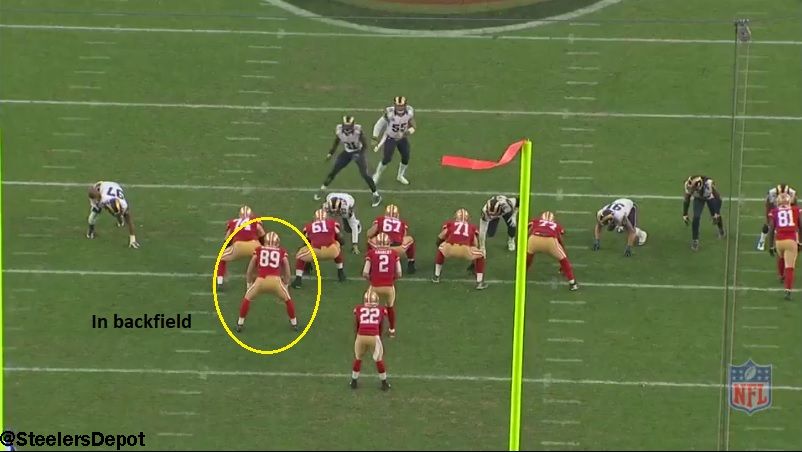 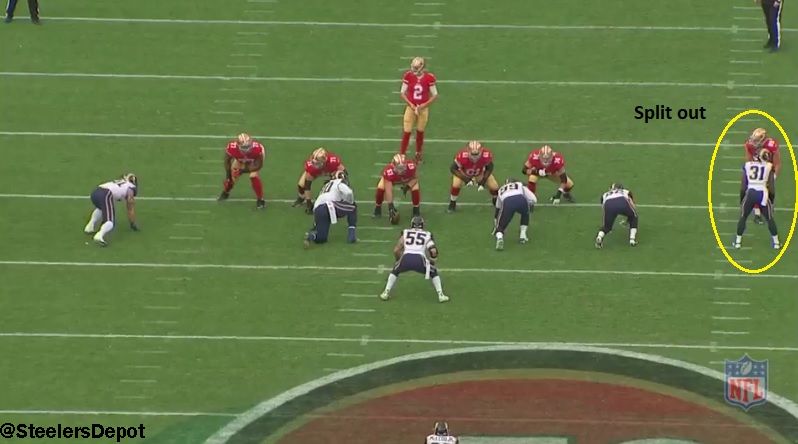 His flexibility opens up the door to be used all over the Steelers’ offense. One area I hoped to see Ladarius Green used in after signing was on slot fades. Split the tight end out, get him on either a linebacker or cornerback, and use the size or speed advantage to your benefit. Haley likes the concept but hasn’t had the right weapon for it, especially after not having Martavis Bryant last year.

The other benefit is being able to go empty out of 22/13 personnel. Something else Haley did last year but when your receivers are Nix, James, David Johnson, Xavier Grimble, it’s not very effective. Having McDonald out there gives comfort in 12 personnel, it’s a less run-exclusive grouping, and when you want to throw in the wrinkle of emptying it out, Ben Roethlisberger will have some options. McDonald is a guy who can win one-on-one. 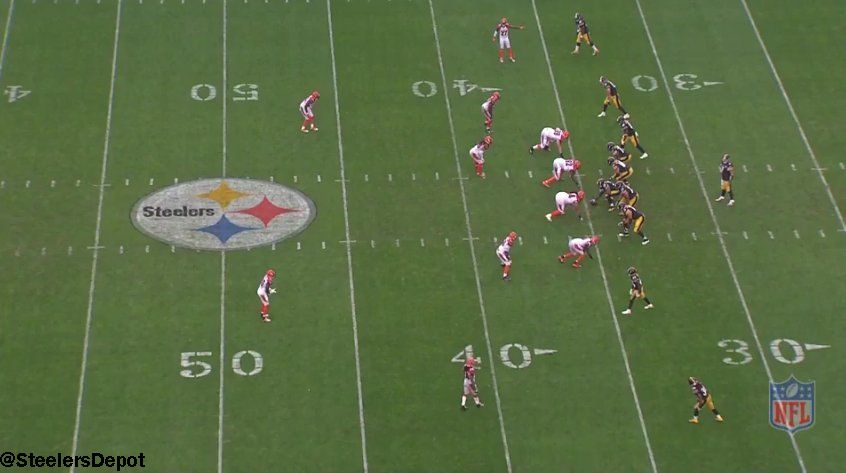 Passing Game: Better athlete than expected…run after catch threat with build-up speed in the open field…adjusts to the ball well and can make tough, combative catches…willing to go over the middle and absorb a shot…shows above average burst at the top of his route, ability to separate…size can make him tough to break down….red zone and seam threat…shows nuance as a route runner who an sell his route…will suffer the occasionally ugly drop…not an elite athlete

Run Game: Size and length make him an asset…plays with good pad level and strength…keeps lower half moving and a good blocker with leverage…desire to block…needs to do better job staying square, especially when moving to second level on base blocks…falls off too quickly/easily…hasn’t been asked to pass protect

Hard not to like this deal. Yes, the team could have used an upgrade at corner. But at least there’s heavy competition there. That didn’t exist at tight end. And tight end, frankly, was even more underwhelming. Expect McDonald to have a prominent role in the offense and seems poised to become the starter sooner than later. Didn’t give up much and even if this is a one-year rental, it’s a smart “risk” to take. Definitely needed.