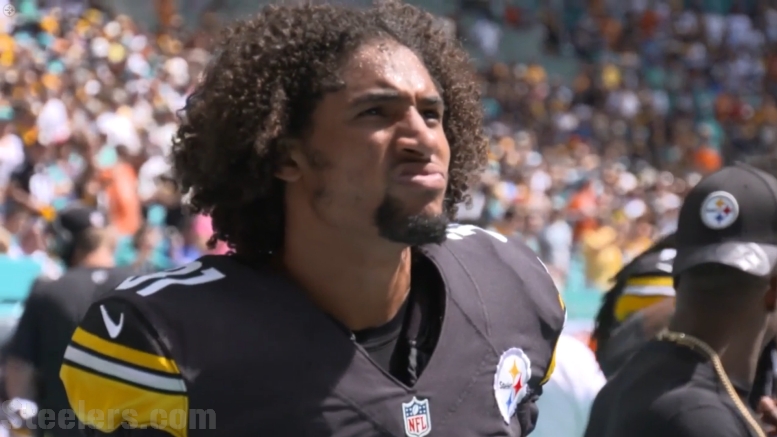 The headline says it all, I suppose. Another day, another indictment by the Pittsburgh Steelers’ coaching staff and front office about the product that they were set to put on the field in a couple of weeks. On Tuesday, the team traded for tight end Vance McDonald following a disappointing summer from the entire group.

Yesterday, after former Pro Bowl cornerback Joe Haden became available following his release by the Browns, the Steelers pounced, earning the first visit with their AFC North rival and inking him to a three-year deal. This is such an uncharacteristic move by the team that it signals obvious displeasure with what they were dealing with at the position, as should go without saying.

In truth, Ross Cockrell has been on notice all year. He was told that the front office would try to upgrade his position. That did not end up working out during free agency, though I think this eventual move for Haden does validate those early reports that they were legitimately pursuing some fairly high-profile free agent cornerbacks.

The fourth-year veteran is only working on a restricted free agent tender that can be pulled with no salary cap consequences, and that seems likely to happen as we get closer to finalizing the 53-man roster very shortly.

After struggling in the second preseason game, the threat became action, as the Steelers rotated Coty Sensabaugh in Cockrell’s starting spot through the first half of the game, with the head coach stating publicly that he would have to compete to keep his job.

Evidently the competition is over and both Cockrell and Sensabaugh lost. They didn’t show enough to give the coaching staff confidence that they can do that they believe they need from the position this season, so neither of them will be starting.

I’ve already gone on record about the fact that I’m not thrilled about the acquisition of Haden, especially at the price—we’ll know more when the full details of the deal come out—but the Steelers obviously feel that he is a significant upgrade, which says as much about those the newcomer is displacing as it does about the newcomer himself.

Personally, I think that Cockrell is a better player than he showed in the second and third preseason games, and that he would have gone better in the regular season, but I also hold no illusions that his position could not be upgraded, especially relative to what the Steelers would like to do in the secondary.

That said, I don’t know that Haden is the upgrade the Steelers are banking on him being. As I told somebody on Twitter, I would like nothing more than for him to make me look like a know-nothing a-hole.