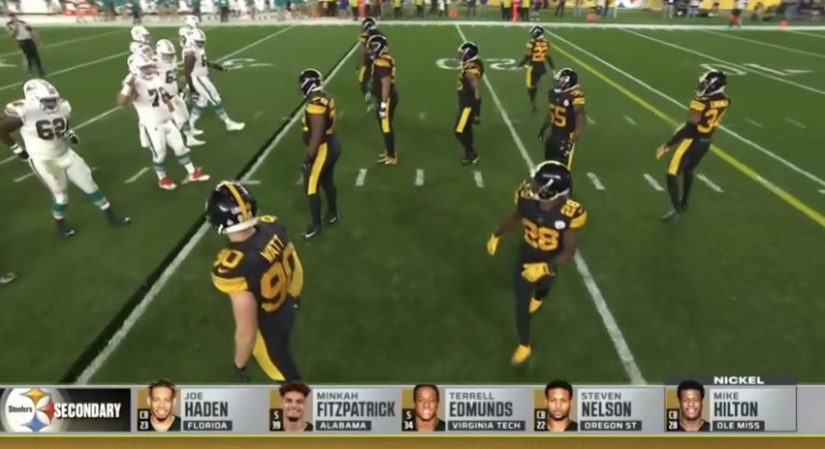 Growth, whether it be personal, financial or in this case through football, is not always easy. There are usually many bumps along the road as a unit goes along a journey of growth. The same can be said for the growth of the Pittsburgh Steelers’ secondary.

As training camp opens, there are a few questions surrounding the team. Can Ben Roethlisberger return to form after injury? Which JuJu Smith-Schuster will the team get this year? How will the defensive line look without Javon Hargrave? Notice something? There is not one question about the Steelers’ secondary as for the first time in many years, the team’s secondary is not littered with doubts but with reassurance.

Now let’s take a look at how what once was the weak link of the franchise has turned into one of the top units in the NFL. 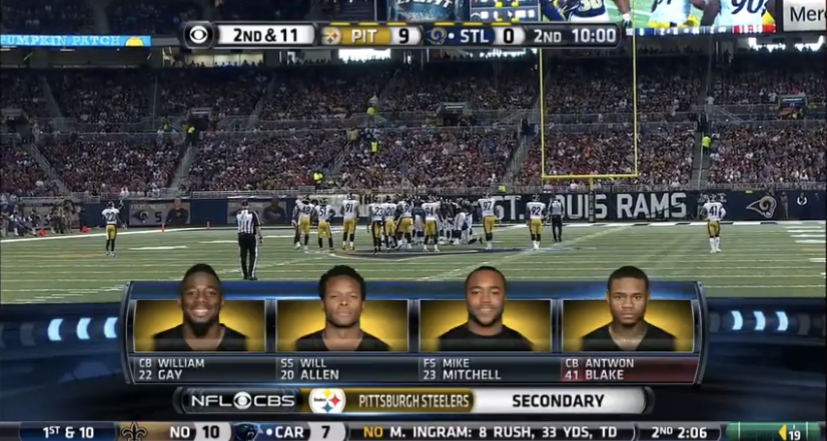 Let’s start with the first year of the post Troy Polamalu era, also known as the Antwon Blake era. Whatever you decide to call it, 2015 was not the year that the Steelers were known for their defense, especially in their secondary. Antwon Blake started all 16 games this season before making just one start for the Tennessee Titans in 2016 and then fading into obscurity. Will Allen would be playing in his final season. William Gay would make just nine more starts after the 2015 season before his career came to an end. The 2015 season was a patch and play one for a Steelers’ secondary that finished 30th against the pass.

A transitional year for the defense, there would be an injection of youth on the horizon. 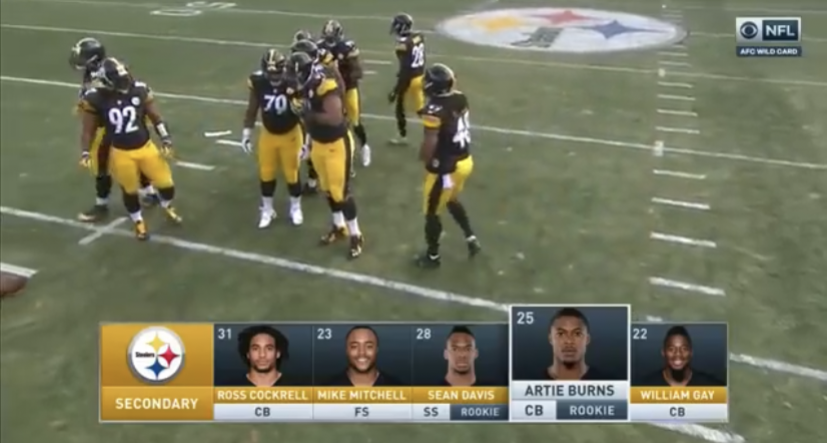 This is not how the 2016 Steelers’ secondary began the season but after a whole bunch of shuffling, this is how they looked by season’s end. Ross Cockrell took over one of the starting cornerback spots, starting all 16 games. After originally placing rookie Sean Davis as the slot cornerback to start the season, the team moved him permanently to safety with Gay moving inside to slot corner. First round draft pick Artie Burns took over the other starting cornerback spot and while he may not have been a finished product, he did show promise at times. Safety Robert Golden started seven games but his playing time decreased drastically towards season end, as he played just 34 defensive snaps from Weeks 11-17.

It may not have been the prettiest unit but the secondary improved in 2016, jumping from 30th against the pass to 16th as the Steelers advanced to the AFC Championship game. While the improvement was reassuring, it was just a teaser to the massive personnel improvement that was about to come. 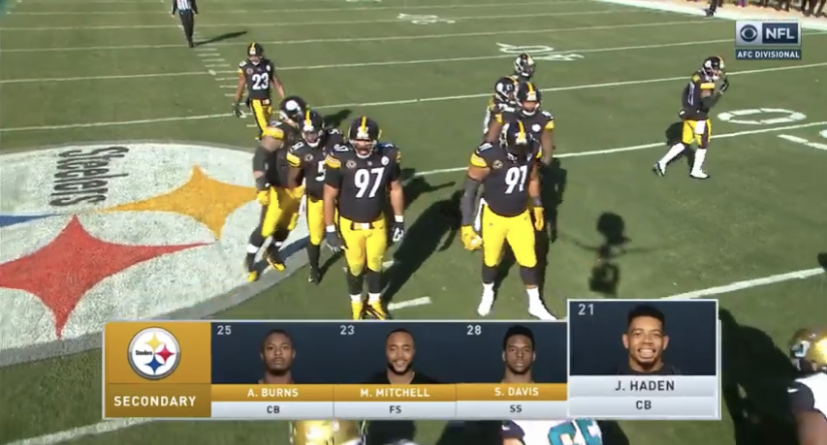 The 2017 season really represented a changing of the guard for the Steelers, both in terms of their secondary and front office. In what was a rare move, the team made a splash in late August, signing veteran cornerback Joe Haden to a three-year, $27 million contract. Haden took over for Cockrell who was traded to the New York Giants just a few days later. The 2017 secondary did not just improve due to familiar faces such as Haden but also due to a unfamiliar face in Mike Hilton. An undrafted free agent in 2016, Hilton bounced around before finding a home in Pittsburgh in December 2016. Entering the 2017 season, Hilton was not a name anyone expected to contribute greatly but after a great training camp, he was named the starting nickel corner. He would finish the season with two interceptions and four sacks.

Haden and Hilton were both equally responsible for the Steelers’ secondary continuing to trend upwards. After finishing 16th against the pass in 2016, the team finished in the top five in 2017.

After trending upwards in years prior, 2018 was a minor setback or year of transition for the Steelers’ secondary. Burns’ play came crashing down to the ground and he was replaced by veteran Coty Sensabaugh. Safety Mike Mitchell was released in the offseason and replaced with rookie safety Terrell Edmunds and veteran free agent acquisition Morgan Burnett. Sean Davis also failed to take a step forward as his play was far from inspirational. The team recorded just eight interceptions with just six coming from the secondary. With question marks lingering around the secondary once again, the Steelers would make two big splashes in 2019 to shut out any doubt.

To be great, you sometimes have to be bold and the Steelers were more than bold in 2019. In March, the team signed cornerback Steven Nelson to a three-year, $25.5 million deal to start alongside Haden. Heading into the season, the secondary looked good but was far from great as AAF-standout Kameron Kelly and Davis each started alongside Edmunds at safety during the team’s first two games.

Davis was placed on IR following Week Two and now with a massive hole at safety, the Steelers made one of the boldest moves in franchise history.

Some lauded the genius of general manager Kevin Colbert, some criticized. By the end of the season, there would be no criticism as the move catapulted the Steelers secondary into elite territory not just in 2019 but for the foreseeable future.

Without their franchise quarterback, the Steelers were unable to make the postseason but the secondary was one of many bright spots on the defense. Fitzpatrick finished with five interceptions while Nelson earned praise from numerous analysts due to his play. Haden enjoyed a great season, also adding five interceptions. Hilton and Cam Sutton held down the slot like only they could as the defense finished third against the pass.

All five members of the starting secondary, including Sutton will return in 2020. With the return of Roethlisberger, the sky’s the limit, providing that the secondary plays to expectation. It may have taken a bit longer than anyone would have liked, but for the first time in a long while, the Steelers have a secondary that can compete with any offense in the NFL.

While the plan took some improvisation as no one could have expected Fitzpatrick to become available last season, the organization took bold steps to ensure the secondary remains a dominant force for years to come. No longer is the team trying to develop young, raw defensive backs – an area the team has struggled heavily in but the Steelers have now shown that they are prepared to give up assets and cash for proven talent. That alone has made what once was a worrisome unit a now worry-free group. While the city of Pittsburgh would often worry how their secondary would fare against top offenses, it now seems that the only individuals worrying about the Steelers’ secondary are opposing quarterbacks.