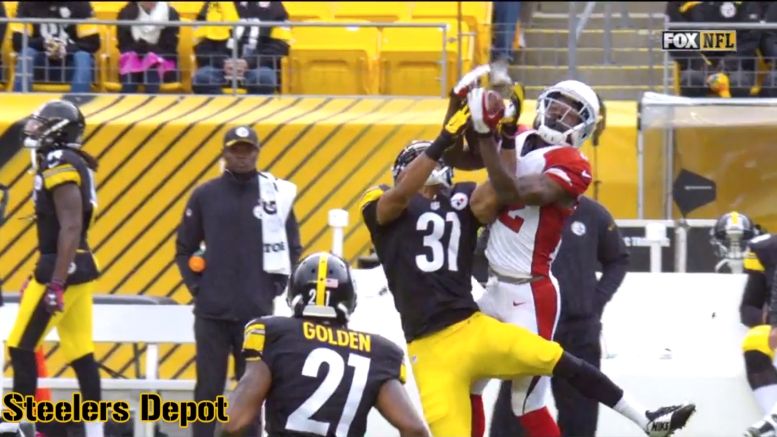 Question: Do the Steelers have players on the roster who will not make the team that will have a role for other teams?

I realize that there is some risk in asking this question because there always tends to be an overestimation of other teams’ interest in one’s own team’s players, but after discussing the Steelers’ depth yesterday, in which most seemed to agree that they were deeper overall than last year, I thought this would be an interesting question to entertain.

Pittsburgh does have some positions on the roster that have varying degrees of comfort in terms of depth, such as at quarterback, running back, wide receiver, cornerback, safety, and defensive line. There are players at each of those positions who have been in the NFL before who may very realistically not make the team in 2018.

Just last season, the Steelers knew that they had some excess talent, so they were able to take advantage, and they traded wide receiver Sammie Coates and cornerback Ross Cockrell for late-round considerations. Coates never really caught on, and is with his second team since then, but Cockrell earned a role and even intercepted three passes, signing a nice free agent deal this offseason.

Aside from those two, Colin Holba ended up playing for the Jaguars after they lost their long snapper. Brian Mihalik went on to play for the Lions and even started against the Steelers. Steven Johnson played for the Ravens, recording four tackles.

So, obviously it happens, and last year it actually happened a little more than usual. Will we see a similar pattern in 2018? Will the Steelers have any commodities to trade like they did a year ago? A quarterback, between Joshua Dobbs and Landry Jones, would seem like the most likely position for that possibility.