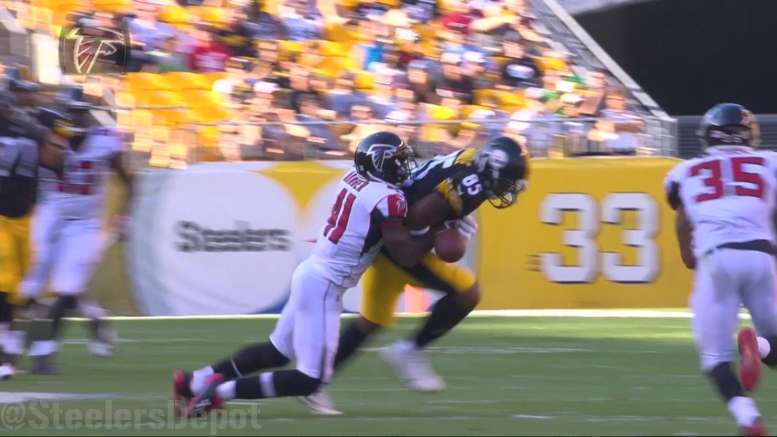 Question: Whose roster spot suddenly becomes the most vulnerable following the trade for Vance McDonald?

Okay, the Steelers may not have just acquired Richard Sherman, but adding a tight end like McDonald to their group should make a big difference, because he comes in already clearly more talented and well-rounded than any other tight end that they can offer.

The Steelers felt just last season that the three tight ends projected to make the roster before the trade were players were their roster spots, so even while Mike Tomlin has criticized their training camp performances, they also have their past to build off of—and a pretty obvious history of the team carrying four tight ends with relative frequency.

Should the team axe a player from another position in order to make room for McDonald, it will inevitably come from a position with excess. Brian Allen has often been projected as the seventh cornerback, including by myself, so he seems like an obvious target, but any of the back-end cornerbacks could be threatened.

The Steelers could consider carrying only five defensive linemen in light of this, or only eight linebackers, which would hurt Arthur Moats, Johnny Maxey, and Lavon Hooks.

Jesse James is probably safe. The other two perhaps less so. David Johnson offers the least as a receiver, but the most as a blocker. A lot of people are ready to see Johnson go—and were before the trade was even made.

I think Xavier Grimble’s roster spot has become the most vulnerable post-trade. While he is coming off arguably the single-best performance of his entire career, he had a rough training camp and lackluster first two preseason games. His game is also most-directly replaced by what McDonald brings to the table.