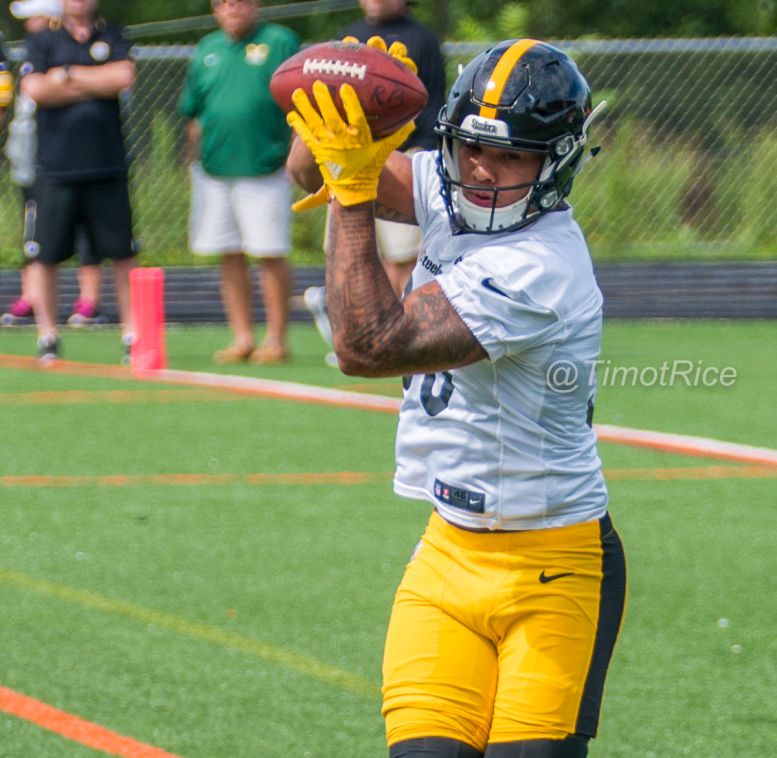 The Pittsburgh Steelers first training camp practice in pads took place Sunday on the fields of Saint Vincent College in Latrobe and unfortunately several new injuries were suffered during it.

According to head coach Mike Tomlin, rookie running back James Conner had to leave Sunday’s practice late with a shoulder injury of some description.

“He’s being evaluated,” Tomlin said of Conner, the team’s second of two third-round selections this year. “Don’t have a lot information regarding that.”

A few players suffered what Tomlin described as being heat-related injuries on Sunday and they were rookie linebacker Keion Adams and tight end Xavier Grimble. Adams was drafted by the Steelers in the seventh round this year while Grimble is now in his second season with the team.

“Probably associated with fatigue or potentially dehydration,” Tomlin said of those four players. “Those injuries are usually a couple of days, but we’ll keep an eye on some of those guys.”

As for Golson, who has really had a hard time staying healthy since he was drafted in the second round of the 2015 NFL Draft, Tomlin was asked if it’s frustrating to him to see the cornerback get injured again.

“Not for me, I’m sure it is for him,” Tomlin said. “It’s just a part of this process, unfortunately.”

The Steelers will be back in pads again on Monday and obviously several, if not all, of the players injured on Sunday are unlikely to participate in practice.