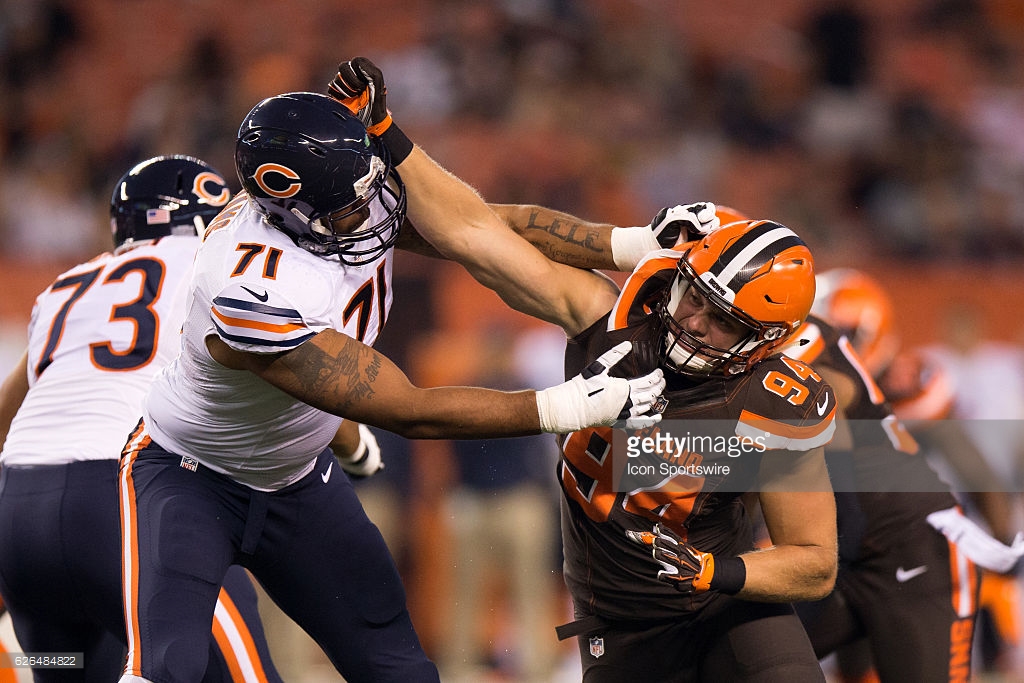 Signed with: Bears in 2016; currently a free agent

Man, if this wasn’t a disappointing draft pick. And it was, based on yesterday’s daily question, and the answers that you gave. A second-round draft pick of the Steelers in 2012, Mike Adams ‘fell’ that far because of off-field concerns, but where he ultimately failed was on the field.

Understand this. Adams is a 6’7”, 323-pound right tackle who has started 21 games in his career and is still 27. A product of Ohio State and still just 27 years old after being drafted in the second round, he currently cannot find a job with any one of the 32 teams in the league.

I quite frankly don’t even know what he’s up to right now, I just know that he isn’t on a team. It’s possible that health issues have contributed to his inability to find work. He had back surgery in August 2015, missing the 2015 season on the PUP List, then was placed on injured reserve with a back injury in December of last year with the Bears.

But he never amounted to much even before the back injury if we’re going to speak purely of football. Even last year with the Bears, he was active for 12 games but started just one. Some of his 20 starts with the Steelers came as a tackle-eligible tight end, and not as a tackle.

Only four of his starts in Pittsburgh came as ‘the starter’, when they attempted to install him at left tackle in his second season. He was benched four games in in favor of Kelvin Beachum. The only starts he made before and after that were as an injury replacement or, as mentioned, playing tight end on the first snap of the game.

So why did he fail as an NFL player? He never had the hand or foot movement and coordination to get the job done. They wouldn’t work with one another, or in sync, and that left him lunging as pass rushers looped around him. It was a poor evaluation from a skill standpoint, but one that many teams made, as he was considered a first-round talent. It’s too bad he never really got to work much with Mike Munchak.