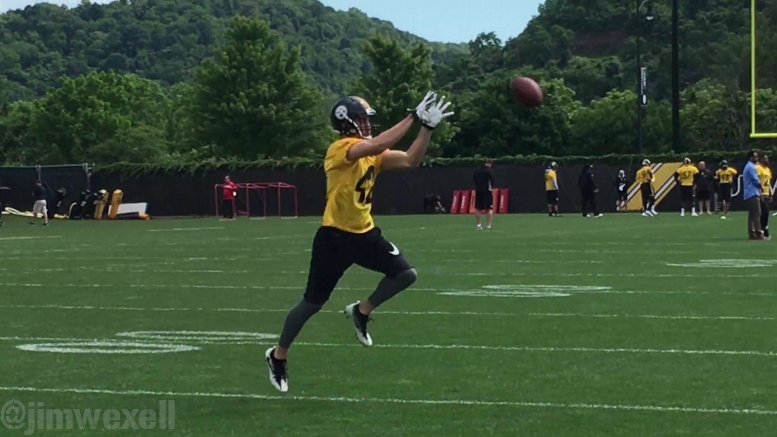 He may not be all that well known, but first-year safety Jacob Hagen was the king of the transaction list for the Steelers last season, appearing a full seven times from his signing to a Reserve/Future contract on January 20 to finally solidifying his spot on the practice squad for good on October 11.

In between, he bounced back and forth, one day having a job, the next not. He was initially released on August 30 in between the two periods of roster cuts only to be signed to the practice squad on September 19, weeks into the season. That coincided with injuries to Robert Golden and Sean Davis.

He was released just four days later in order to re-sign Brandon Brown-Dukes, who was waived in order to sign him in the first place. Brown-Dukes was another frequent mover.

Hagen was signed to the practice squad again a week later, and then released again a week after that, finally remaining for good after bring brought back yet again, yet another week later. That roughly coincided with Senquez Golson being moved to injured reserve and Al-Hajj Shabazz being promoted to the 53-man roster.

A big safety at 6’3” who posted fairly good workout numbers and had eight interceptions in his final collegiate season, Hagen has failed to make a 53-man roster in two seasons now since going undrafted in 2015, but he has fans in the Steelers, some of whom think he could make a push for the roster this year.

That is, at least, what I read prior to them signing Daimion Stafford, who would seem to have a better chance at making the roster at this point than would Hagen, and that is the reason that I consider his stock to be down.

It is already less likely than in prior years that they would keep five safeties due to the depth at cornerback, but now that he has significant competition for that role, it will be quite a tall task—no pun intended—in order for him to make that leap when he could barely find stability on the practice squad a year ago. Not every tall defensive back works out.