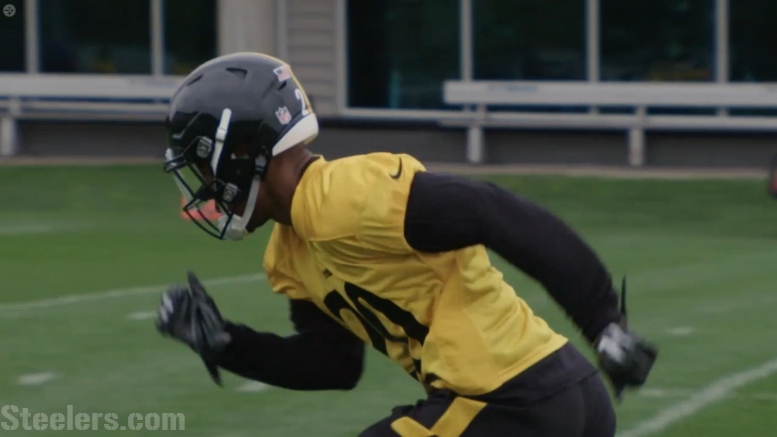 I realize that there are some who object to the idea of presenting a stock evaluation of rookies, given that they have done nothing inside of a stadium at this point, but I happen to disagree with that assertion.

Every player that comes into the league is brought in with at least some level of preconception about who he is and who he will be, as well as who he is capable of being. We can begin to get a sense about how accurate those original assumptions are fairly early one, even if they are, as always, subject to change.

Still, virtually everything that we have heard through the spring drills about third-round cornerback Cameron Sutton has been positive, and that includes not just what his coaches have said about him, but also about what he has had to say about himself both on and off the field.

One thing that we heard about him immediately after he was drafted is that he is a smart football player who prides himself on his knowledge of not just his own position, but of everybody else’s position on the defense, and so far, according to his own account and the accounts of his coaches, he has seen that translate against NFL talent.

We have also heard more than one beat writer talk about Sutton’s aggressiveness in getting his hands on a lot of footballs during the spring. He takes very good care of his vision and prides himself on his ability to track the football. He left Tennessee recording more passes defensed than anybody else in school history.

Of course, there are still things for the young man to work on, and some of that will not even have been possible until the pads come on. We definitely need to see what sort of physicality he will bring to both the passing and running game, as that was a bit of a question mark. How willing is he to stick his nose in and make a tough tackle?

One of the intriguing intangibles has been the prospect of his young leadership. While he is currently at the stage of pestering the veterans to make sure that he has all the information that he needs, he is driven to be a leader in time. The Steelers could use somebody like that.