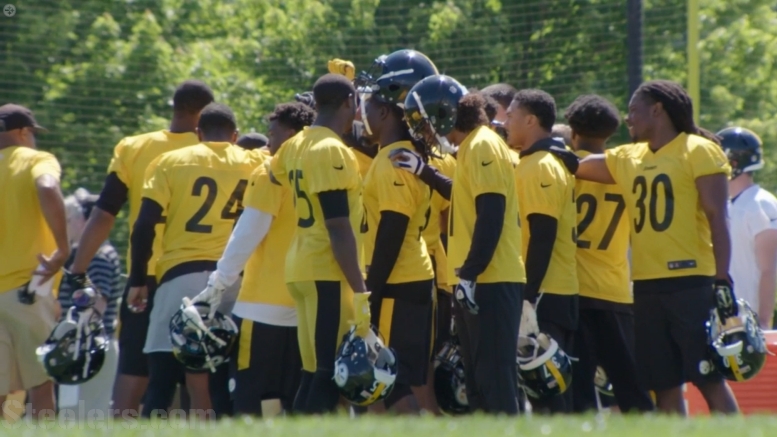 Question: Could the Steelers decide to employ a platoon at the cornerback position this season, particularly in the slot?

This would seem to be a prudent question to ask in light of some of the comments that have been made by players and coaches about possible changes in the secondary coming this season. Especially as it concerns the slot role, could the Steelers possibly consider using a platoon of cornerbacks to field those duties over the course of the year?

This is not altogether unfamiliar territory. The Steelers just as recently as two years ago rotated cornerbacks between Ross Cockrell and Antwon Blake, and Brandon Boykin was included in the rotation later on in the year as well.

Of course, they have been open to doing this at other positions as well that are not traditionally rotated. They briefly rotated safeties last year, and outside linebacker has been a regular source of rotation the past few years. Inside linebacker has seen a bit as well. They even rotated tackles early in 2013.

So the point is that the Steelers have proven that they would be open to considering using a rotation in a somewhat unorthodox manner. But will they? The most likely scenario that would enable this, I think, is if William Gay continues to line up in the slot, and they want to incorporate rookie Cameron Sutton into the mix.

With Sutton’s ability to play in man coverage, they could consider using this platoon as a match-up strategy. Depending on the team, the specific wide receiver, or the scenario, the defense may be more comfortable using somebody other than Gay to match up in man-to-man coverage.