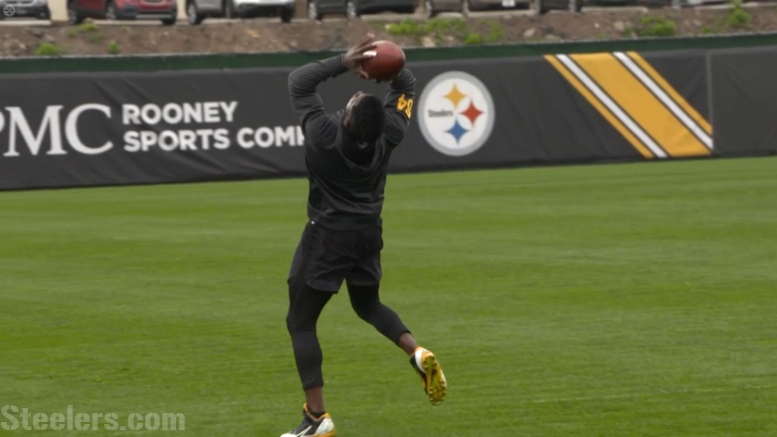 Is Antonio Brown a good enough player to legitimately be the Steelers’ starting slot receiver this season?

If you don’t know the answer to this question, please find something else to read for the next couple of minutes.

You should definitely know who Antonio Brown is if you’re reading this article, and the fact that he has been consistently an All-Pro talent for the past four seasons. Of course, it’s fair to point out that the vast majority of his work comes outside the numbers, but he still gets a good dose of snaps in the slot.

According to my charting from last season, I concluded that Brown saw roughly 12 percent of his snaps on plays on which passes were thrown and not negated by penalty. That was a total of 67 out of 543 such passes, and Brown was the only player other than Eli Rogers to have at least 50 slot snaps, though Darrius Heyward-Bey was close.

He was targeted 20 times—I should point out that that’s a very frequent target ratio per snap—catching 14 of those passes for 121 yards, a catch rate of roughly 70 percent, and 8.6 yards per reception, though he neither caught a touchdown nor had a pass picked off when targeted in the slot.

Brown shared the team lead in averaging 1.8 yards per slot snap route run, though he was less productive per reception than Rogers. This is because when Brown was used in the slot, his targets tended to be of the short or intermediate variety, with very few targets coming beyond 10 yards past the line of scrimmage. These were typically passes designed to be quick-hitters that dictated the maximum range of their likely outcome. Think screens and the like.

However, in a likely scenario, if the Steelers feel as though their best three wide receivers are Brown, Martavis Bryant, and Sammie Coates—or more generally speaking, somebody who is not Rogers—then we can absolutely make a case for Brown being the Steelers’ primary slot receiver, but that’s a topic that can be delved into deeper on its own.

That’s all the data we have on the rostered Steelers and their work in the slot last season, but tomorrow I will be posting an addendum in which I will attempt to address the departed Markus Wheaton as well as free agent addition Justin Hunter and draft pick JuJu Smith-Schuster.