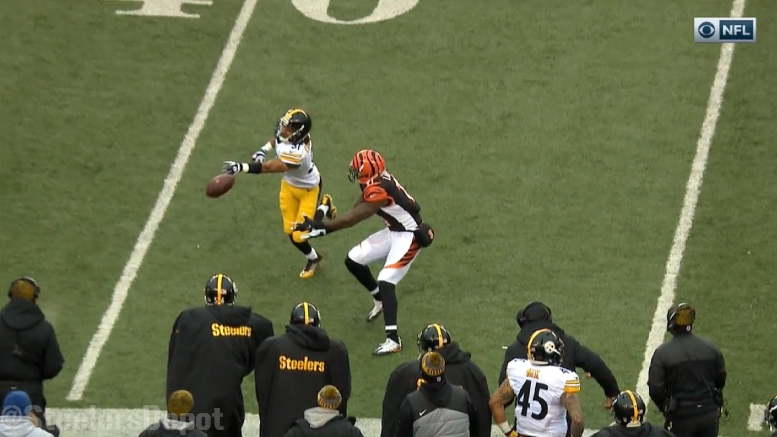 Overall, one must be impressed with what Pittsburgh Steelers cornerback Ross Cockrell has managed to accomplish so far during his time in the NFL. After all, the Duke product, who was originally selected in the fourth-round of the 2014 NFL Draft by the Buffalo Bills, went from being a street free agent on August 31, 2015 to a full-time starter for the Steelers last season.

During his Wednesday interview with the media that was aired later in the day on Steelers Nation Radio, Steelers defensive backs coach Carnell Lake both praised Cockrell for what he’s accomplished so far in Pittsburgh in addition to talking about what he’d like to see out of him moving forward into 2017.

“I’ve got to give Ross credit,” Lake started when asked Wednesday if he thinks Cockrell is currently underrated. “Ross was basically on the street when we got him and we got him at the beginning of the year. He was cut from Buffalo and came on strong his first year here to split some time and then started last year and he’s in the starting lineup this year. So, Ross has redeemed himself in his career and I’d like to see him keep growing. I’m not going to put more on it for Ross than that, is that I’d like to see him start to be able to make some more plays than he did last year.”

Cockrell, who was a restricted free agent this past offseason, ultimately signed the $1.797 million original round tender he received from the Steelers ahead of the start of the 2017 league year in March. While Cockrell is obviously still the starter right now as the team puts their finishing touches on their offseason practices, he figures to be pushed for his job as the season progresses.

While Cockrell did play well as a starter last season, that included him leading the team in defensed passes, he failed to register an interception. In a recent interview on Steelers Nation Radio, Cockrell admitted that he knows he needs to make more splash plays in 2017.

“I’ve got to make sure that my eyes are disciplined enough so that I can make more plays on the ball,” Cockrell said during the team’s third week of OTA practices.

After Wednesday’s minicamp practice, Steelers head coach Mike Tomlin was asked what areas of Cockrell’s game he’d like to see the cornerback improve in.

“Really all areas,” Tomlin said. “He’s still very much a young guy. I think it’s reasonable to expect him to grow in all areas of his game – fundamentals, footwork, hand placement in bump. I know he’s been focusing a lot on eyes – the natural progression that’s associated with being a guy that’s seemingly moving into the prime of his career.”

Cockrell is a very smart player and with the Steelers expected to play a little more man and match-up zone in 2017 than they did during his previous two seasons with the team, hopefully that will give him a few more opportunities to make some splash plays like he did during the 2015 regular season when he intercepted two passes.