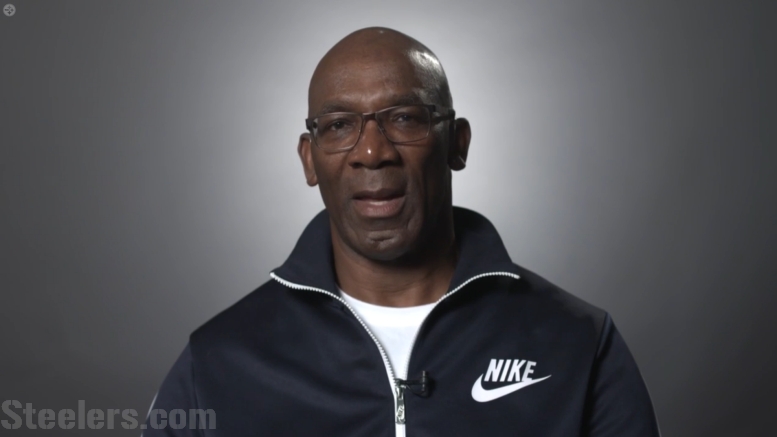 Over the course of the offseason, during the dead time leading up to training camp, the Pittsburgh Steelers have been hosting an interview series on their website that they are billing as the Legends Series, during which they have been interviewing players that they regard as legends in the team’s history.

As I watch these, I can’t help but be struck by how frequently these players—the vast majority of them are inevitably going to be from the 1970s dynasty years—talk about growing up as a person while playing in Pittsburgh, how they learned to treat one another, and things of that nature.

Sure, a lot of what they say is standard fodder for the interviewer fishing for positive comments about the organization, and I am inevitably biased myself, but so many of these remarks strike me as genuine. None more so perhaps than in the interview that Hall of Fame wide receiver John Stallworth gave recently, published on the team’s website yesterday.

“I grew up with the Steelers”, he said, and he meant that literally. “I came out of college not wise to the goings on in the world. I came to Pittsburgh and grew up. I grew from being a young kid to manhood in Pittsburgh”.

He talked about how his “experience and the relationships I formed over the years with the players I played with, the Rooney family, people in the community, helped me to mature, to find my way in life. It meant a lot in that regard”.
He then raised a question that has been raised by many of his former teammates thus far during this series: did the Steelers draft ‘Steelers players’, or did the Steelers turn their players into them? I think it was Donnie Shell who said he thinks Chuck Noll pounded his players into who he wanted them to be. Others disagreed.

But no matter how they got there or who they were beforehand, once the players were in that locker room, they were a brotherhood. “We were able to bond”, he said of that experience. “I think the fact that we blended as a team that when we went through some difficult times as a team it helped us. We had issues. We were just tight enough, close enough to get through that. We had the leadership on the field and in the coaching staff to get over that, get through those difficult situations”.
He also reserved a special comment for Dan Rooney, from whom he said that he learned “a whole lot about how you treat folks”. He was the one who brought in Bill Nunn as an unknown and untested scout, who plucked Stallworth from the obscurities of the historically-black, historically-ignored colleges, and made him a fourth-round pick in the best draft class in history.

As I have been exploring lately, even today players find that Pittsburgh is a difficult place to leave, and many who do so end up returning—or wanting to return. Stallworth was “very proud” of being able to play all of his 14 seasons with the Steelers. Not many can say they have done that.