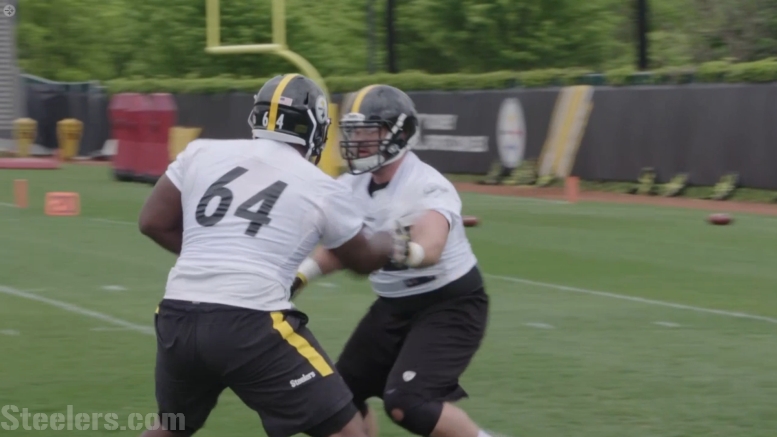 This might not exactly sound as though it is the most exciting writeup in the world, but the fact that the Steelers’ offensive coaching staff, and the offensive line in particular, seems already comfortable enough with rookie offensive guard Ethan Cooper to stretch him out a bit relative to the positions that he is being asked to play is a positive sign.

It might be worth reminding that the Steelers did enter last season with nine offensive linemen on the 53-man roster. Cody Wallace never managed to get healthy enough to dress for a game after suffering a knee injury in the preseason, but he was the ninth lineman for most of the year, until he was ultimately placed on injured reserve.

It’s still very realistic—perhaps more likely than not—that the Steelers choose to carry only eight offensive linemen on the 53-man roster heading into the 2017 season, due in large part to the necessary commitments at other positions with greater depth, but that does not disregard the value in Cooper’s budding position flexibility.

Two of the Steelers’ top three reserve offensive linemen right now originally came to the team as undrafted free agents, and both of them cut their teeth for a year on the practice squad before making the 53-man roster a year later.

But nearly all teams between the 53-man roster and the 10-man practice squad carry at least 10 offensive linemen in order to carry two complete sets of offensive lines for practice purposes, and right now Cooper figures to be in the driver’s seat for one of, or perhaps the sole, spot on the practice squad.

There is still a chance, of course, that he could even push to make the 53-man roster, although that is a bet that I would not be placing my own money on.