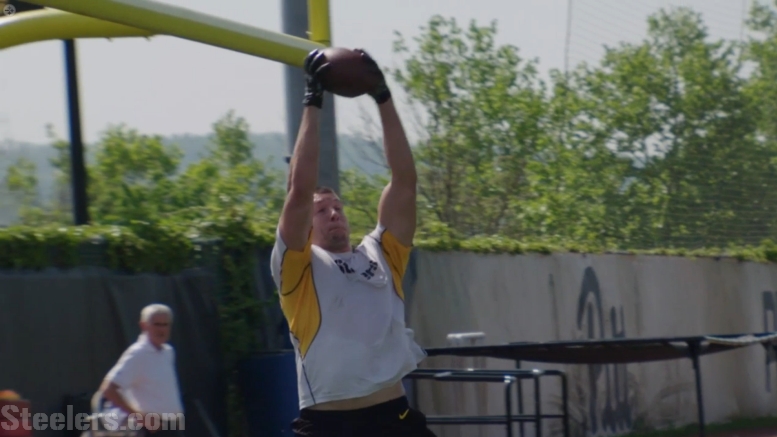 Question: Could the Steelers still choose to carry four tight ends on the roster after Ladarius Green’s release?

The Pittsburgh Steelers have over the course of the past couple of seasons gotten into the habit of carrying four tight ends on the roster. Now, this wasn’t necessarily out of the ordinary, but the fact that they are also carrying a fullback is what made it surprising. On the other hand, they have carried four halfbacks and four tight ends before without a true fullback, so it balances out.

But the question now is whether or not the Steelers would still want to carry a fourth tight end with Ladarius Green, whom they brought in to be a starter, no longer a part of the team. I would think that at this point the roster spots of Jesse James, David Johnson, and Xavier Grimble are pretty much a given, but they did want to add a tight end, and this was presumably before they knew what would happen with Green for sure.

While they failed to draft a tight end, they did get Scott Orndoff as an undrafted free agent, who is a player with potential and who is probably closer to a game-ready player than James or Grimble were initially.

There is also the pass-catching, 6’8” tight end that they brought in from rookie minicamp, who, should he make the roster, would obviously signal the team’s desire to have that pass-catching threat out of the position.

Given the more than fair probability that the team was already going to bring four tight ends into the season, it is certainly not out of the question that they might still do so, even if it seems increasingly likely that they would add a player in free agency at this point—though they did bring in a safety.

Still, the Steelers’ depth has improved in many places on the roster, and may command that seeming ‘luxury’ spot, unless that fourth tight end is a significant contributor on special teams—which is rarely the case, if we’re being honest.