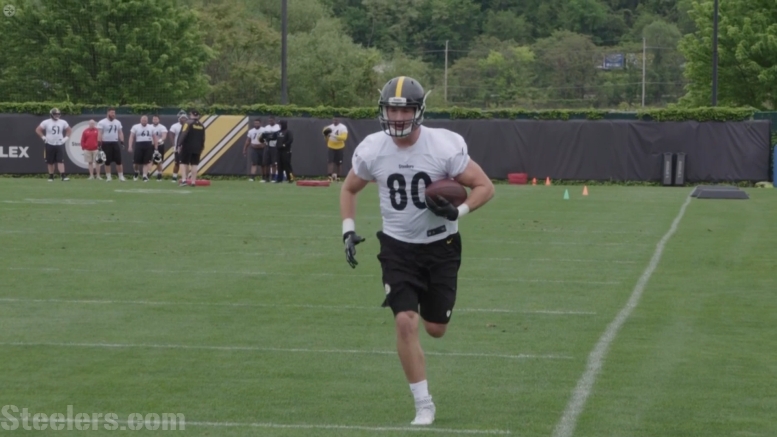 The list of undrafted players that I’m going to cover is going to be short because, frankly, it was not a good crop of players that they brought in this past season. As I mentioned in yesterday’s article, inside linebacker Keith Kelsey was the only undrafted free agent they signed immediately after the draft that is still with the team.

But Pittsburgh tight end Scott Orndoff is one player who did get a decent amount of attention, and somebody who I thought had the potential at least to make the practice squad and then push for a roster spot a year later.

That didn’t happen, but perhaps only because he suffered an injury that resulted in him being waived with an injury designation. Tight end is not a position at which they stack a lot of bodies in the offseason, so if it’s not a significant player they keep the train rolling.

Orndoff was replaced on the 90-man roster by Jake McGee, who in many ways was the player that some people hoped Orndoff would be. McGee already had an offseason under his belt and is stronger and more athletic.

As for the Pittsburgh product, he later signed with the Cincinnati Bengals on their practice squad in November after finishing the rest of the preseason with the Lions. He came and went, briefly, but the team signed him to a Reserve/Future contract at the end of the season, so he remains with the Steelers’ rival.