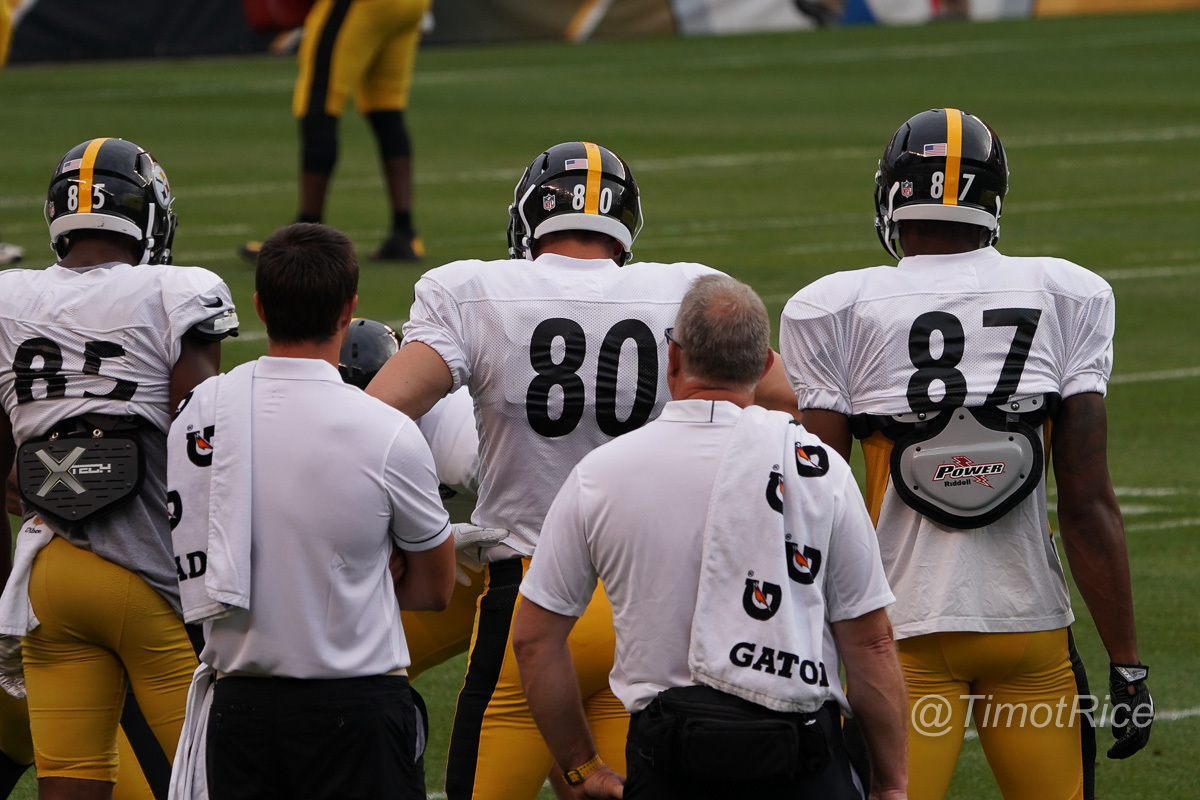 We’ve already come to the conclusion that it’s unlikely there’s much activity at tight end by the Pittsburgh Steelers for these next couple of months. Kevin Colbert all but confirmed Vance McDonald’s return, Jesse James is a comfortable #2, and Xavier Grimble still has promise playing third fiddle. Maybe, maybe, a lot round draft pick, but certainly no splash of a Ladarius Green signing.

But don’t just assume there won’t be any competition for that last spot on the depth chart. Jake McGee would like to have a word with you.

If you forgot who McGee is, you’re probably not alone (and if you remember him, nice to meet you Momma McGee). He remained on the practice squad for the entire year after getting sent down at the start of the season. But in just a few weeks at Latrobe and in the preseason, he made quite the impression.

McGee wasn’t on the original 90 man roster. It wasn’t until injuries to other players you probably forgot, like Scott Orndoff, early in camp. McGee proved he belonged, making tough catches over the middle and doing a bang-up job as a blocker. As the team left Latrobe, here’s what I wrote about him.

“His athleticism is woefully limited, on par with David Johnson, but he has good hands who can make tough catches in traffic, a trait the Steelers hold in high regard. You’re probably aware of his blocking too, given special mention by Mike Tomlin post-game, and something he did well throughout camp. Got reps at fullback late in camp, a good sign for his chances to stick around. More hats you can wear, the better. He also perked up on the coverage unit, too.”

As mentioned in that recap, Tomlin singled out McGee after the preseason contest against the New York Giants.

“Jake McGee, for example, guys you don’t know a lot about, contributed on offense and special teams. Again, stats might not bear that out, but just from a coach’s eye, just a lot of positive things to look at from guys.”

Like this lead block on a Terrell Watson touchdown, one of several impact plays McGee made that night.

And for the rest of the preseason, he proved his value as a blocker and saw extensive work on special teams.

Sure, his ceiling isn’t very high. He’s the traditional, old-school blocker. But he’s done a great job at it and that certainly isn’t a bad thing to have in a team’s back pocket. It’s obvious this is a Steelers’ team that has to do a better job on third and fourth and short.

Beating out Grimble isn’t going to be easy. Grimble has more experience, more athleticism, and upside. But McGee gave him a hard shove last year. And I expect him to come out swinging again with a full year under his belt.