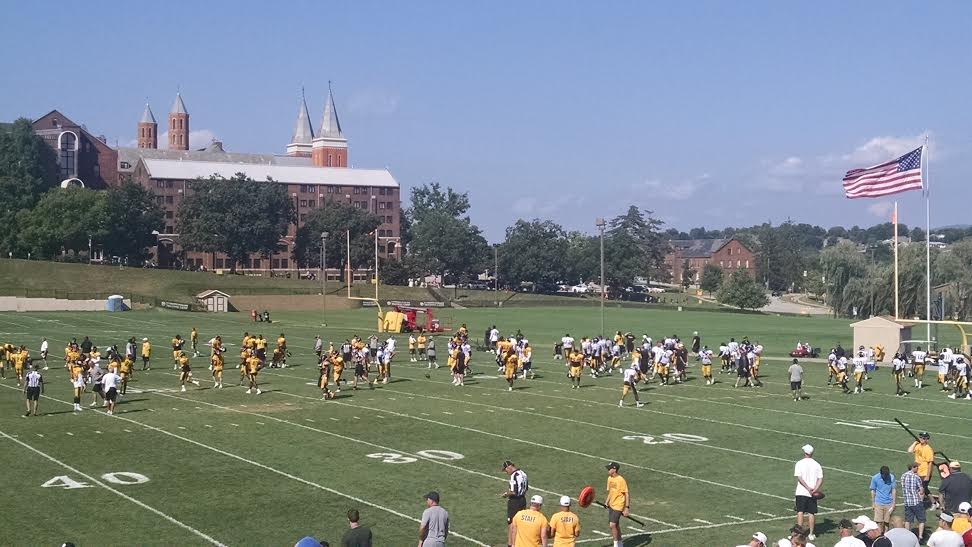 Though the official schedule still won’t be released for another month, it appears the Pittsburgh Steelers will report to St. Vincent College for training camp on Wednesday, July 26th.

This year, that first day of practice should be on Thursday, July 27th. Each practice will begin at 2:55 PM with the exception of the Friday Night one at Latrobe High School at 7 PM.

Each practice at SVC is open to the public and free. The night practice is open to everyone with a ticket at the gate. The Steelers have been in Latrobe since 1966. If you’ve never made the trip out there, put it on the bucket list. Well worth it for an atmosphere most teams don’t give their fans (or charge absurd amounts for, looking at you Dan Snyder).

Of course, we’ll be there every single day, offering up daily reports on everything that happens during practice. We’ll also have a daily podcast with Dave Bryan to recap things as well. We’ll also have our Depot photographer, Tim Rice, snapping some awesome pictures to help capture the day.

It’s by far my favorite time of year and I can’t wait to experience camp with all you guys. All the stands between that is one long, long summer.