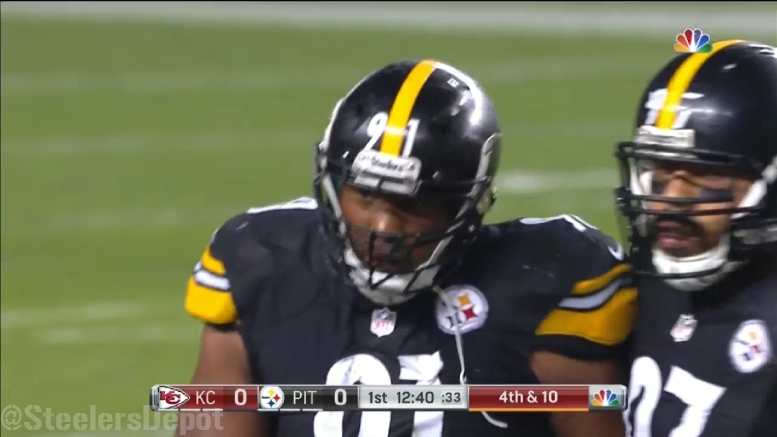 Cameron Heyward: Heyward is the rock and the foundation of this young defensive line group. Entering his seventh season now, he is for the first time actually coming off of an injury. He had some ups and downs during an injury-plagued year, but he is looking to return to form in 2017 after posting 14.5 sacks between the 2014 and 2015 seasons.

Stephon Tuitt: Chances are Tuitt becomes a wealthy man within the next couple of months as the Steelers look to extend him entering the final year of his rookie contract. His sack numbers were down and he missed too many tackles, but he is a player of enormous potential and is still growing.

L.T. Walton: A second-year former sixth-round draft pick, Walton was asked to play a larger role after Heyward’s injury, spending the early portions of the season on the inactive list. He became the defacto starter, but he is limited as a pass rusher, which will limit his opportunities in the rotation.

Johnny Maxey: A small-school undrafted rookie last year, Maxey made the practice squad and then got the call up late after Heyward’s injury. He got into a couple of games and looked active despite registering no statistics.

Tyson Alualu: Alualu is the most significant free agent defensive lineman the Steelers have acquired in at least a few years, and they have had some good once in the not too distant past like Nick Eason and Travic Kirschke. If he can deliver that sort of dependability—with a bit more oomph in the nickel pass rush—they will be pleased.

Ricardo Mathews: The Steelers took a chance on the veteran Mathews on a qualifying contract and they pretty much got what they paid for. He was decent, but nothing special, and seemingly ultimately passed on the depth chart by Walton, but he battled injuries late in the year.

Notes and Draft Outlook: On paper, it would appear that this position seems pretty set in stone. They not only have their two starters, they have a couple of players capable of rotating in Walton and Alualu. And let’s not forget Javon Hargrave, either. But that doesn’t mean they can’t still address it, especially if they’re thinking out of the box and looking at an edge defender for their nickel base, which would require somebody with more of a 4-3 end frame.