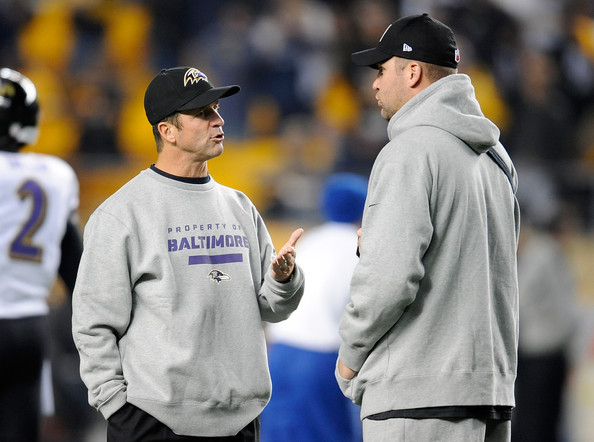 If there is anybody that you wouldn’t want advising Ben Roethlisberger about his future with the Pittsburgh Steelers as their franchise quarterback in the twilight of his career, it would be the head coaches who have had to go up against him more than anybody else—Bengals head coach Marvin Lewis and Ravens head coach John Harbaugh.

Lewis has been with the Bengals for the entirety of Roethlisberger’s career, and the Steelers quarterback has posted a 19-7 record in 26 games against his team over that time, including a pair of victories during the 2016 season.

Roethlisberger has posted a 10-9 record against the Ravens over the course of his career, and that includes a 3-4 record prior to Harbaugh taking over as head coach in 2008, so he has a 7-5 record against Baltimore under the latest head coach.

Still, he hasn’t fared as well statistically as he ordinarily does. Only two teams—the Eagles and the Giants, whom he has only faced four times apiece—have held Roethlisberger to a lower quarterback rating than the Ravens and Bengals.

Against the Bengals, Roethlisberger’s career numbers include a 63 percent completion rate, throwing for 6140 yards with 34 touchdowns, but also 27 interceptions, for a quarterback rating of 85.5. The Ravens have held him to a completion percentage of just under 60, throwing for 4449 yards and 31 touchdowns to 21 interceptions for a quarterback rating of 84.3.

No matter how well they might fare in comparison to the rest of the league against him, however, and how well they have come to know him over the years, Lewis and Harbaugh never bought into his retirement talk—but that doesn’t stop them from being full of post-football advice.

Asked if ever seriously believed that Roethlisberger might be retiring, Lewis recently told reporters that he didn’t, but added, “I was going to help him if he needed it in making the decision”.

“I think there’s probably a lot of things Ben could do that would be very fulfilling, that he would enjoy”, Harbaugh similarly responded to the question when prompted, with a smile. “Is he a golfer?”, he asked, knowing full well the answer. “The over-50 tour, you’ve got to prepare for that”.

He continued with the suggestions after being told that Roethlisberger was on a hunting trip. “I think he could be great in the big-game hunting world, which it takes work and takes time. You can’t be a big-part-time game hunter and expect to be great at it”.

Lewis, meanwhile, mused that Roethlisberger “does have a young family to take care of”, now the father of three. Surely all just friendly advice from some colleagues in his field who have come to know him well while working adjacent to one another for many years.