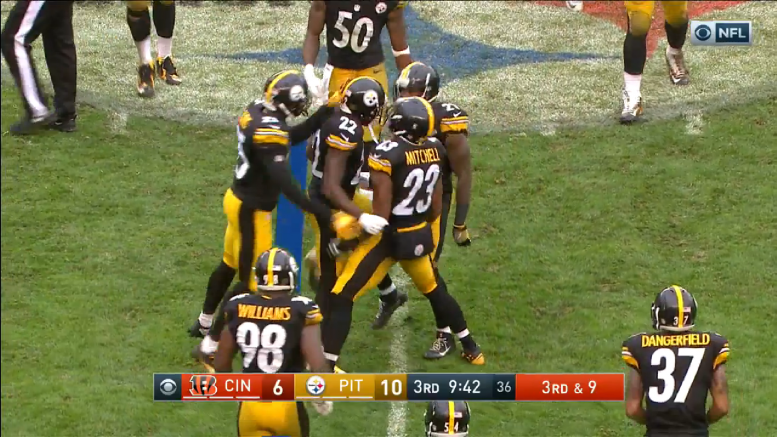 If there is one thing that can be said for Pittsburgh Steelers starting free safety Mike Mitchell, it is that he has proven to be a polarizing figure among the fanbase, and that is no less true three years into his time with the Steelers than it was when he first signed as a somewhat little-known free agent at $5 million per season on average.

As we head into the meat of that contract (his highest base salaries come in the final two years into his deal) and he approaches the age of 30 (which will strike on June 10), many have already begun contemplating his successor, while a large percentage of that ‘many’ is hoping that he will be succeeded in 2017.

That will not happen, of course, but on the bright side, there is, I believe, reason for optimism to see a better, more consistent season from Mitchell in 2017 than what he showed last year, particularly earlier on in the season.

One facet of the year that I don’t think is paid enough consideration is the fact that the secondary saw so much variability over the course of the season. Mitchell has, in fact, worked with four different primary starting strong safeties in three seasons. It started with Troy Polamalu, of course, and Will Allen filled that role in 2015.

The Steelers opened the year with Robert Golden, a career backup, in the starting lineup. Even that didn’t last too long considering he got injured three games into the season. that left Jordan Dangerfield, a training camp veteran, to start for a couple of contests.

By the middle of the season, the Steelers were rotating Golden with rookie second-round pick Sean Davis, who after a couple of games took on the starting role for himself. The lineup finally approached some degree of solidity more than halfway through the year.

While all of that was going on, the Steelers were breaking in Ross Cockrell as a full-time starter at cornerback and transitioning rookie first-round cornerback from a dime defender to nickel, finally to a starter in the second half of the season.

And yet through all of that Mitchell was attempting to function as the veteran leader of the group. Davis has already attested to all the work that he put in to nurturing the rookie during the year. I’m sure he did the same for all the young players.

Meanwhile, he had to make up for their mistakes on the field. He saved at least a couple of plays that most likely would have been touchdowns last season because of rookie mistakes in coverage from Burns and Davis.

The Steelers used so many different combinations of players in the secondary, including a pair of rookies and a first-year player and two more first-time starters, that in hindsight it really shouldn’t be surprising that Mitchell lacked impact and consistency.

That is why more than anything I feel this year should be different for him. Their secondary is now largely settled, and he won’t have to do so much babysitting and covering for others. Mitchell intercepted three passes, forced two fumbles, and recovered two in 2015 while making 80 tackles. He should be able to put up similar numbers again.