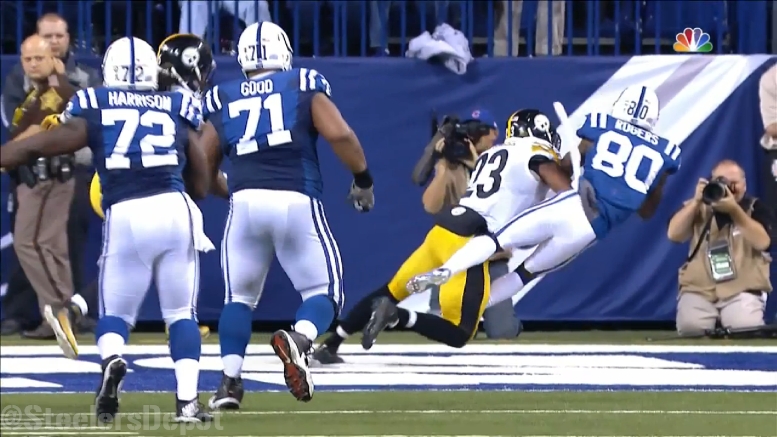 The Pittsburgh Steelers have been somewhat atypically active in the early portions of free agency over the course of the past few seasons—or at least it has come to feel atypical due to the fact that for several years prior to that the team has some significant cap issues that extended from the uncapped season during the lockout, which essentially produced a freeze on the salary cap and its annual inflation rate.

You can probably guess why this might be a relevant point to make right now. We are today entering the fifth day of free agency and the Steelers have yet to sign any outside free agent player, merely re-signing two of their own. They have already lost that many free agents, as a matter of fact.

The team was reportedly in the market for cornerbacks Dre Kirkpatrick and Logan Ryan on the opening day of free agency, but it was not long before they were comfortably outbid. They were also connected to Marcus Cooper, yet another cornerback, who again signed for more than they were willing.

The only player who they have been connected to since then—unless I have missed somebody—is another cornerback, Brandon Flowers, who is a player that they have previously expressed interest in. But they have yet to even bring in any free agents for a visit, which has been different from the past few years.

Back in 2014, the Steelers were quick to make a move, finding a new starting safety on the opening day of free agency in Mike Mitchell. Three years later, he remains a starter and has not yet missed a game, although he has played through several injuries.

The Steelers were a bit slower on their role in 2015, but that is likely explained by the fact that they were attempting to hammer out the final details of Ben Roethlisberger’s new five-year contract, which was signed on the fourth day of free agency. On that same day, DeAngelo Williams visited and signed a two-year, $4 million contract. And that was it for free agency. But it came relatively early, and there was a reason for the delay. Plus the visit was scheduled.

The Steelers of course signed Ladarius Green to a deal at the end of the first day of free agency last season, but they also worked out another deal with Ryan Harris for two years, $4 million on the sixth day of free agency. He was the last of multiple players to visit, including Russell Okung.

It is a bit surprising that the team has yet to even schedule a visit with any free agents. While it may be true that they have no glaring openings in the starting lineup, as has been the case in the recent past, there are some needs, such as backup running back. I would imagine that the first visits may be announced as early as later today, while the brain trust has been busy attending Pro Days.