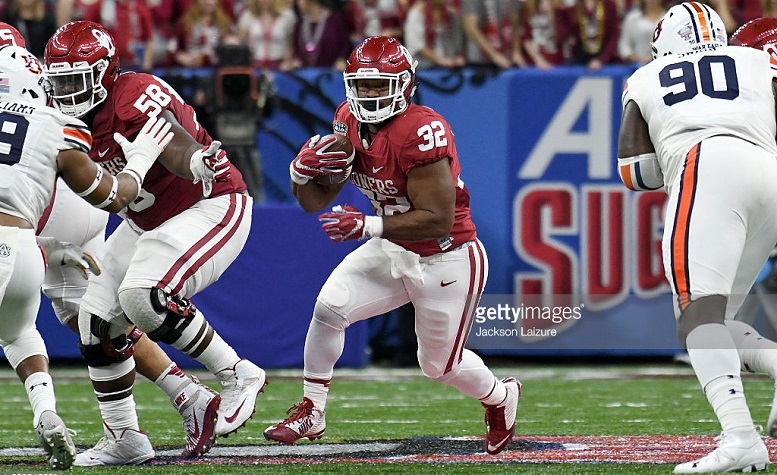 Back for my third crack at a mock draft, the first one I’ve written following the all-important 2017 NFL Combine. If you missed the first two mocks, there will be links to them after this paragraph. Mixed this one up a bit from the other two so I’m excited to hear your thoughts. And as always, let me know your ideal mock in the comments below.

You know I’m generally against taking a pure safety because there isn’t a need or a home for one immediately. But Melifonwu’s path is clear. He will be the dime defensive back day one, made all the more important with Lawrence Timmons’ departure. And sure, maybe in two years, he could take over for Mike Mitchell, or, maybe even more likely, Sean Davis slides to Mitchell’s spot and Melifonwu to SS.

The Steelers have tried to do this with Robert Golden but failed miserably, forcing them to stay in nickel and get exposed against three receiver sets on third down. Melifonwu solves it and you know you can get him to play a good bit in year one.

He’s a fast riser after the Combine but most mock drafts have him on that first round cusp. So it isn’t unreasonable.

Just like last year, the Steelers are going secondary with back-to-back picks. I liked Lewis better than any edge rusher I believe would be there at 62 (Ryan Anderson?) and you know my thoughts on slot cornerback. It’s a need in the secondary with zero idea of who is going to be the long-term guy here.

Lewis isn’t terribly small, plays big and physical, with excellent hands and ball skills. To me, one of the top slot corners in this year’s draft and it seems clear the team isn’t adding to that in free agency or at least, not anyone younger than the average age of The Golden Girls.

I know I’m waiting on an edge rusher longer than either of us expected but this class is really deep and talent still abundant. Basham is someone who can get on the field right away. He’s got LaMarr Woodley size, the ability to convert speed to power, and showed well enough at Indy. He’ll rotate with James Harrison at ROLB and wind up playing 500 or so snaps this season.

The one name I just can’t quit. Everett has appeared in a lot of my mock drafts and for good reason. He’s Ladarius Green-light, a move tight end who will never give you much as a blocker. But I’m geeked about these selections because I’ve drafted three guys – Everett included – with a role their rookie year. Even if Green stays healthy, that in itself is a win and makes me feel fine with Everett having a limited snap count – he can come in on 13 personnel groupings with the desire/ability to line up/shift to an empty set, something the Steelers had little success with a year ago.

The Steelers like bigger running backs and they don’t come much bigger than the 233 pound Perine. Running backs coach James Saxon was at the Sooners’ Pro Day to work him out. He ran well for his frame at the Combine turning in a 4.65 and had three excellent years at Oklahoma. He has a lot of mileage but also proven he’s capable of being a workhorse back, something he’d be if Le’Veon Bell went down again.

The Ying to Basham’s Yang, Phillips isn’t much of a power guy. More speed, more finesse, and he’s an inconsistent prospect. But he’s an impressive athlete with one of the better three cone times at the Combine, 7.06, His production is centered around just 2016 but it was a good one, finishing with 19 TFL and nine sacks. Developmental guy but in the fifth round, that’s fine with me. Speed and pass rushing ability should make him an asset on special teams.

He’s small school but GSU is now technically Division One so keep that in mind. Davis checks every box the Steelers look for in most receivers they draft: big, fast, good leaper, dynamic playmakers. Davis ran 4.44 and jumped 41 inches so yeah, he checks those boxes. He averaged over 15 yards per catch in his career, including over 16 two seasons ago.

A name I don’t think many know and someone I just learned about after his impressive Pro Day workout. He played on the edge for the Buffs but I don’t see him as anything close to a natural pass rusher and is probably best suited to kicking inside or off-ball the next year. But he spent a lot of time playing in space and in coverage too and I think he can make the conversion. Long, big frame who stays clean vs the run and holds the point of attack well. Joey Porter can get some good info on him.

At his Pro Day, he ran a 4.64, jumped 37 inches in the vert, and 10 feet in the broad. Worth taking the flier on as an athletic inside ‘backer, a good mixup from Vince Williams and Tyler Matakvich.

Look for a scouting report on him tomorrow.