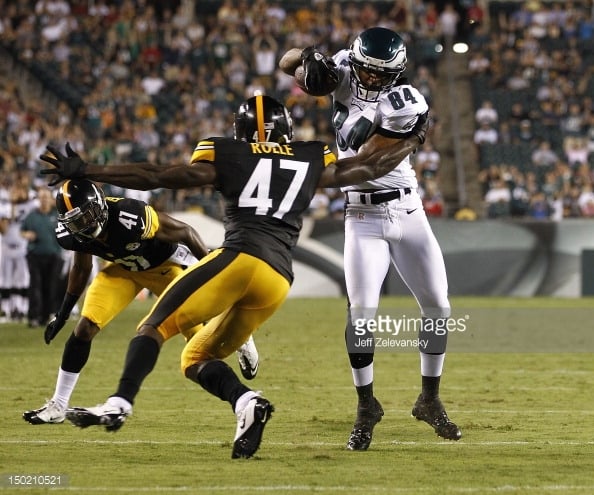 As interesting a background as he might have had, it never did seem that football would be the sum total of a life’s work for former safety Myron Rolle. A sixth-round draft pick by the Titans in 2010, he spent time on their offseason and practice squad rosters for two seasons before doing the same with the Pittsburgh Steelers in 2012.

Rolle had some big games during his college days at FSU, but he deferred his college career in order to pursue a master’s degree at Oxford, graduating in 2008 and going drafted in 2010. He also earned himself the distinction of becoming a Rhodes Scholar. He took his Rhodes interview the same day that he played in a game.

Five years since he last played in the NFL, Rolle recently announced that he was accepted into a seven-year residency with Harvard Medical School as a neurosurgeon. This next chapter in his life will begin in July, but he hasn’t forgotten what his life in football has meant to him.

On that front, he has already then done his share. He helps run a childhood education and anti-obesity program for Native Americans called Our Way to Health, and his Wellness and Leadership Academy for Foster Care also does important community work. His Emerging Scholars Project helps underrepresented populations earn candidacy for fellowships.

“Seven years of neurosurgery is a big deal, something I wanted for a long time”, he said. “Today is just great, it’s remarkable”. “Saving lives and helping people live a better life, that’s going to make life worth living”, he said after talking about how he knew football would never be his career.

I think it’s undeniable that Rolle is moving on to bigger and better things in his life outside of football. His work in the medical field will be far more important than anything that has been accomplished on a football field. But as his love for the game shows, there is room in one’s life for many different things that hold importance in different ways.

Rolle played in three preseason games with the Steelers in 2012 before being released in the first wave of cuts. He recorded four tackles in those games, with none coming in the third, as the starters played for the bulk of that contest. During his two seasons with the Titans, he recorded 22 tackles and a sack over the course of two preseasons.