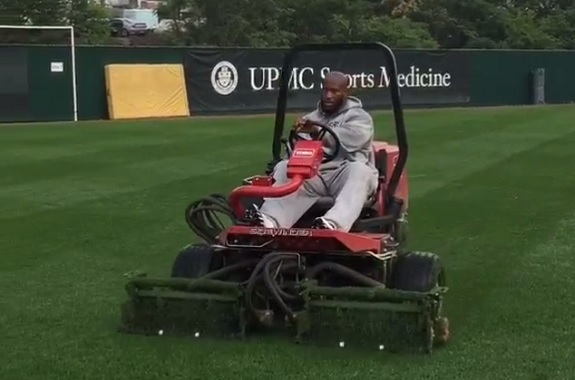 It’s probably a safe assumption to make that when Pittsburgh Steelers outside linebacker James Harrison announced his retirement from football in the fall of 2014 at the age of 36, he could not imagine that he would be here in March signing a third contract since then that will carry him into his playing career through the age of 40.

But that is the position in which Harrison and the Steelers find themselves a day after both parties agreed upon a new two-year contract that will pay him $3.5, a price tag that seems to me and many others quite a bargain relative to his level of play, though performance is never the only factor in contract negotiations.

The path that led us on the fall and rise of James Harrison in what is about the third or fourth act of his career began in the wake of the expiration of the previous Collective Bargaining Agreement that had the effect of seeing the salary cap rise grind to a halt.

That suddenly put the Steelers in a financial bind and forced them to give Harrison an ultimatum in the 2013 offseason, offering him either a pay cut or his release. He chose the latter and ended up signing a two-year contract with the Bengals for less money.

The 3-4 outside linebacker was out of place in Cincinnati’s 4-3 front and struggled to find a consistent role for himself, though he still managed to record two sacks that season before the Bengals released him the following spring.

It appeared at that point that Harrison was resolved to move on to the next chapter of his life after failing to draw equitable interest for his services on the free agent market, but the Steelers came calling three games into the regular season in 2014 after their presumed heir, Jarvis Jones, went down with an injury.

The former Defensive Player of the Year spent much of his early playing time that season playing his way back into football shape, and, though he didn’t fully get back into his typical form in 2014, he did concede that he felt better at the end of the year than he expected, while still batting down any notion that he would continue to play in 2015.

And yet he was signed the following year fairly early in the offseason, with the team highlighting his role as a leader for many of the young players, particularly the linebackers, on the defense. While he signed a two-year deal, he spoke throughout the 2015 season as though he was leaning toward that being his last.

2016, too, was going to be his last until his tone started to change late in the season. By the time the season had ended, he already sounded as though he was committed to continuing to play, which proved to be true, especially following the report that he was seeking a two-year contract, rather than a one-year deal.

I do believe that Harrison is as surprised as anybody that he is continuing to play in the league, and at this level, three seasons and beyond since the point at which he resolved to call it a career. But that just goes to show how remarkable is his work ethic and his passion for the game.