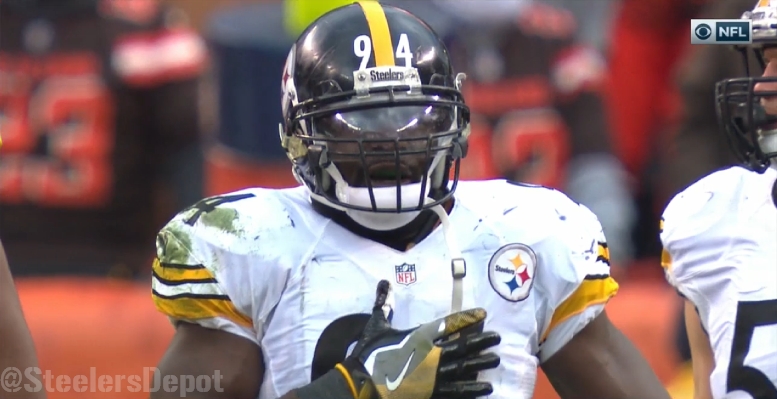 Unless something changes over the course of the next two weeks, Pittsburgh Steelers linebacker Lawrence Timmons will be allowed to test unrestricted free agency for the first time in his career. While the Steelers sound like they would like to re-sign Timmons, there’s no guarantee that will happen if they can’t get him back under contract for what they deem is a fair price.

Timmons, who will turn 31 in May, will likely be looking for a contract that will pay him roughly $7 million a season as that is what veteran NFL inside linebackers David Harris and Derrick Johnson roughly average as a result of their deals that they both signed in 2015 and 2016 respectively.

Now, it’s worth noting that a few NFL analysts and or beat writers have speculated that both Harris and Johnson could both wind up being salary cap casualties in the coming weeks so that will be worth watching out for even though I doubt it will ultimately happen. However, if both are ultimately released in the very near future, it would not only result in Timmons having a some free agency competition, but also presumably lower his market value as well.

Here’s something else to think about when it comes to Timmons and his upcoming toe-dipping into the free agency pool. The Tennessee Titans might view Timmons as an attractive addition on a three-year contract and especially if they consider him to be an upgrade over Wesley Woodyard, who is about to enter the final year of his current contract. Remember, former Steelers defensive coordinator Dick LeBeau now oversees the defense in Tennessee and obviously knows quite a bit about Timmons.

Woodyard, by the way, will also turn 31 before the start of the 2017 regular season and he recorded all of 57 total tackles during the 2016 season which was his fewest since 2010 when he was a member of the Denver Broncos. Timmons, in case you forgot, recorded a team-high 114 total tackles during the 2016 regular season and another 29 in the Steelers three postseason games.

Even if the Titans don’t have any interest in Timmons in the coming weeks, perhaps the Arizona Cardinals will and especially if they wind up losing inside linebacker Kevin Minter to another team early on in the free agent signing period.

The Steelers do have somewhat of a bargaining chip when it comes to Timmons and that revolves around the fact that the linebacker obviously would like to end his career right where it started in Pittsburgh. Additionally, the Steelers have Timmons’ multi-year backup, Vince Williams, under contract for two more seasons at a very affordable yearly average. Even so, I doubt Timmons will want to ultimately sign for less than $5 million a season and that just might be the market value the Steelers have on him.

Regardless of all the speculation above, I’m willing to bet Timmons will know where he’s going to play in 2017 well before the time the draft rolls around. Personally, I think he’ll ultimately re-sign with the Steelers just like former Pittsburgh defensive backs Ike Taylor and Ryan Clark did several years ago when they were both allowed to test free agency in 2011 and 2010 respectively.

“Would you like to have him [Timmons] stay? Absolutely. Does it all fit? We can make it work, but at what cost?” Steelers general manager Kevin Colbert said of Timmons last week during his talk with the Pittsburgh media, according to Gerry Dulac of the Pittsburgh Post-Gazette.

Below are three, three-year mock contracts for Timmons that I threw together quickly: