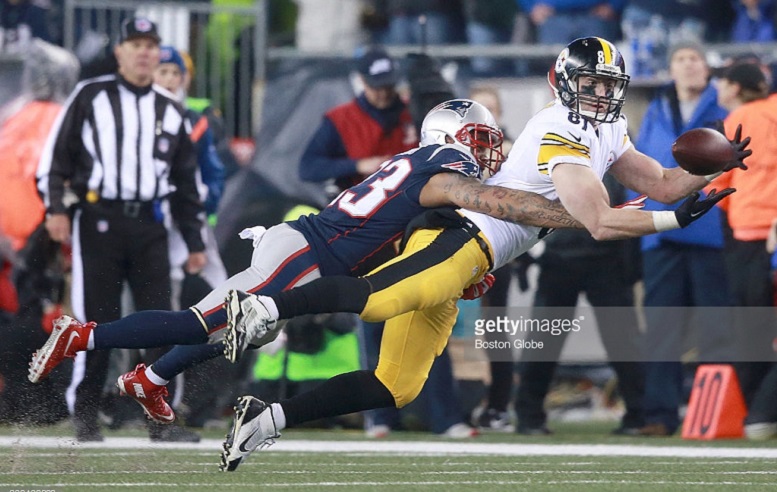 You’re likely to see tight ends mocked to the Pittsburgh Steelers over the course of the next several months and with good reason.

For starters, it’s obvious that there’s some concerns surrounding Ladarius Green because of his concussion history. In short, the Steelers probably can’t rely on him being on the field for every game in 2017 if they should ultimately choose to keep him.

On top of the situation with Green is the pass catching ability of Jesse James. Now, while James certainly made improvements during his second year in Pittsburgh that included him catching 66.7% of all passes thrown his way during the regular season and the playoffs, what sticks out the most is his 33.3% catch rate on third downs.

Now, I’m not going to pretend that James’ lack of production on third downs was entirely his fault because it wasn’t. I went back through all 10 of the 15 third down targets to James from last season and on 6 of them they were bad throws by quarterback Ben Roethlisberger of which two were intercepted. One of those picked off passes came against the Buffalo Bills in the end zone while the other came late in the Wild Card game against the Miami Dolphins.

With the above bad throws noted, four of the other failed targets to James all hit the young tight end in his hands and thus most of them can probably be characterized as drops.

Back to Green for a moment. In the six games that he played in during the 2016 regular season, he was targeted a total of 16 times on third downs and caught 9 of those passes with all 9 resulting in either a touchdown or first down. To be fair, only one of those 7 incompletions to Green went off his hands and that came in the Week 15 game against the Cincinnati Bengals. A few of the others were broken up by defenders.

When it comes the Steelers tight end position and third down in 2016 collectively, the position group was targeted a total of 39 times of which just 18 passes were caught. That 46% completion rate just isn’t going to cut it in Pittsburgh moving forward.

If Green can’t be relied upon to play in 2017, the Steelers certainly need to strongly consider spending an early draft pick this year on a true pass catching tight end and particularly one with a college history of making catches on third downs and inside the red zone.