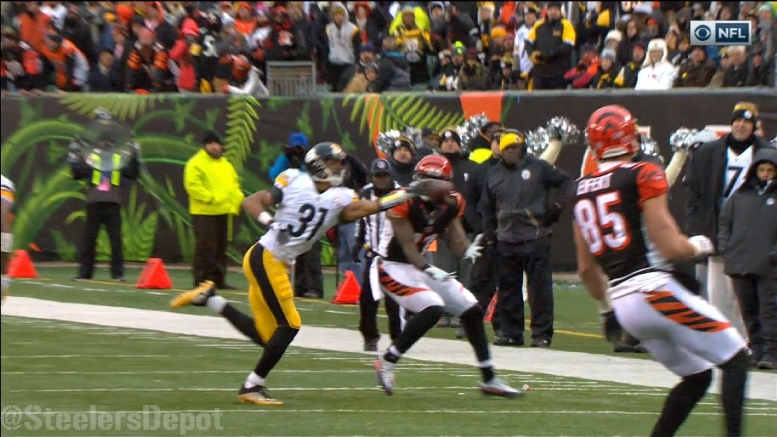 Ross Cockrell saw his first full season with the Steelers in 2016, and it coincided with him becoming a full-time starter as well. He was, in fact, not just a full-time starter, but also the Steelers’ top cornerback, at times even spending large stretches of games following an opposing team’s top wide receiver.

That is a far cry from where he was the prior August, finding himself as a street free agent after being cut in his second offseason with the Bills following having been drafted the year prior in the fourth round. Pittsburgh signed him with the final roster cuts, and came to play a surprisingly large role as the season developed.

Cockrell was forced into the lineup due to injury and he made some splash plays to go along with it, which kept him on the field. He lacked the splash plays this year in the former of turnovers, but he did get his hands on more than a dozen balls as passes defensed, many of them being high-quality plays.

He certainly has his limitations, particularly in terms of functional strength both for press coverage and against the run, although I do think that Cockrell is a cornerback that the team can win with. He is still developing, and I expect further growth from the secondary all around to result in cooperative improvement.

Given the fact that the Steelers have not yet placed a restricted free agent tender on Ross Cockrell, that could potentially be a signal that they have intentions of getting a long-term deal done with him instead, and should that be the case, they do have time to get that done before free agency begins in over a week’s time.

To be fair, that doesn’t necessarily mean that is their plan. While the Steelers did not sign their lone restricted free agent to a tender last year, they signed three in 2015, and those tenders were extended to said players on March 9, which was just a day prior to the start of free agency.

In other words, don’t read too much into the fact that Cockrell—and Chris Hubbard—have not received a restricted free agent tender yet. But it is reasonable to speculate about how things will go down. Cockrell became a full-time starter last year, and that could attract significant interest from other teams.

He should at least receive an original-round tender, which would force a negotiating team to surrender a fourth-round draft pick if the sign him to an offer sheet that the team decides not to match.

Also on the table is a potential higher tender, such as a second-round tender that comes with a costlier price tag, but which would also force a signing team to surrender a second-round draft pick to the Steelers if the team does not match a contract offer.

A long-term deal is certainly possible as well. For the time being, there is no reason to believe that he will not be a starter in 2017. He may be a starter for at least the next few years, even, though that doesn’t necessarily mean that he will get several million per season.