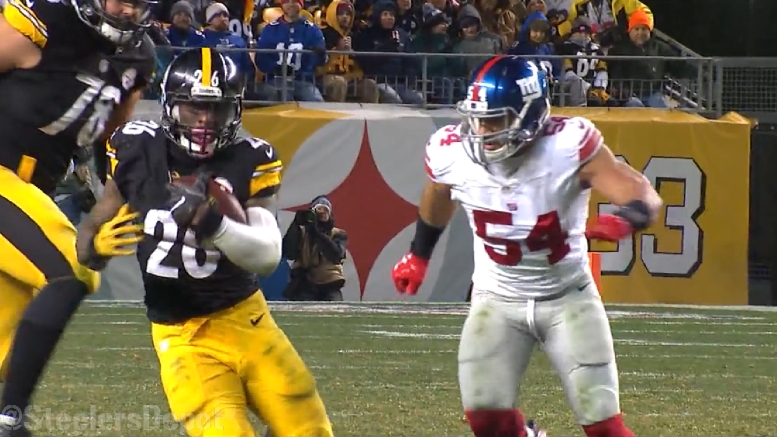 Didn’t start well. Didn’t end well. But what came in between was pretty amazing. Spectacular even. Le’Veon Bell is truly a phenomenal talent who has proven to be instrumental in the Steelers’ offensive success since he has been drafted.

And we also recall that his 2016 ended for the third consecutive year with an injury, this time a groin injury that knocked him out of the AFC Championship game early. There is a pretty good possibility it seems that he will require surgery, though it’s not yet definite.

I probably don’t need to go into a lot of detail about the specifics of his play considering the fact that I have done so pretty often over the course of the season. His patience as a runner is basically unparalleled, and I imagine it would be incredibly difficult to duplicate his efforts, let alone his results, by mimicking his running style.

Bell was on the field during the games that he played more than pretty much any other running back in the league, very rarely getting any sort of breather. He’s young and he can do everything at a high level, so what really is the point? Well, except for the groin injury…

He has already written songs about it, but Bell knows as well as anybody that he is about to be paid, and paid handsomely, and it will have been well-earned. He is one of the transcendent talents currently in today’s game, the sort of player that will be remembered fondly in decades to come as we recall him and speak of the future’s top running backs by saying that ‘he’s no Le’Veon Bell’.

It’s highly unlikely in my estimation that the team doing the paying will be one other than the Pittsburgh Steelers. They understand his worth and his importance to the team and they also understand that that comes with a certain price tag.

Rumor has it that the negotiations will begin with the franchise tag, though it’s not clear if it will end there. The goal will of course be to work out a long-term contract before the start of the season but they will have to be prepared to enter the year with the tag still in place.