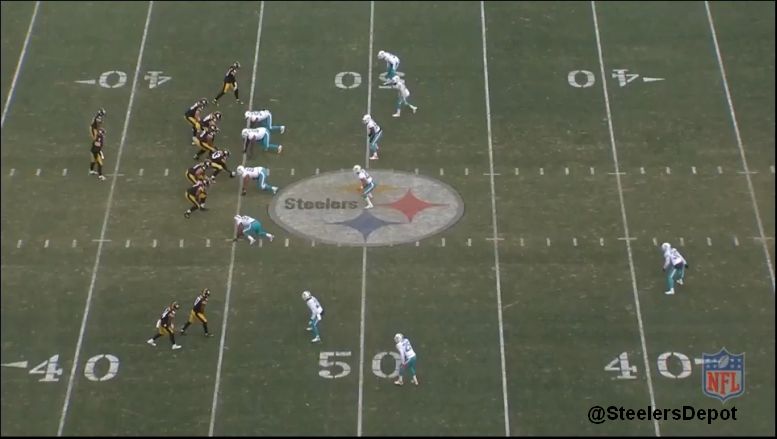 Because I harped on it so much, probably to the point of annoying you (sorry!) I wanted to give Todd Haley his due credit for his use of Antonio Brown against the Miami Dolphins.

This isn’t even just about production. It’s about alignment. And mixing up how he was used. Alignment, split, and formation. In the loss to the Dolphins, Haley’s worst call of the year, Brown was horribly misused. Put in the same spot on all but four occasions – X receiver with a wide split. 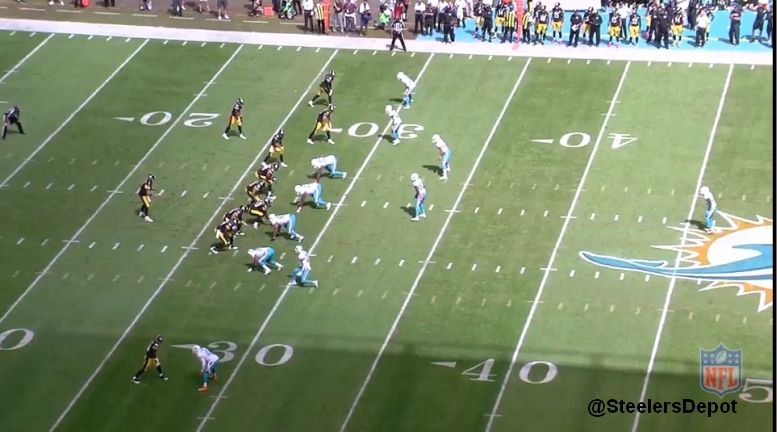 That’s Brown to the bottom. Away from everyone else, outside the numbers, allowing the cornerback to play inside leverage and limit his route tree to a go route and a comeback. Not much to work with.

This time around, totally new ballgame. I’m not even going to show all the clips but here are a couple examples of how Haley changed his gameplan with Antonio Brown Sunday.

First example. To the bottom of the screen, Brown is lined up in a stacked formation with Le’Veon Bell. Creates a free release and the reduced split, on the numbers, opens up his entire route tree. 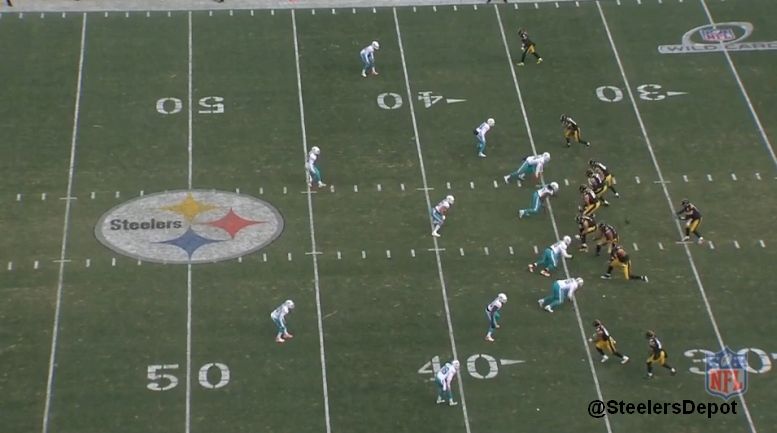 Next one. Brown was motioned across the formation, and able to get a head start on the snap. Narrow split, facing off coverage, and though we don’t show it, he runs a speed out against the soft corner for an easy pitch and catch. 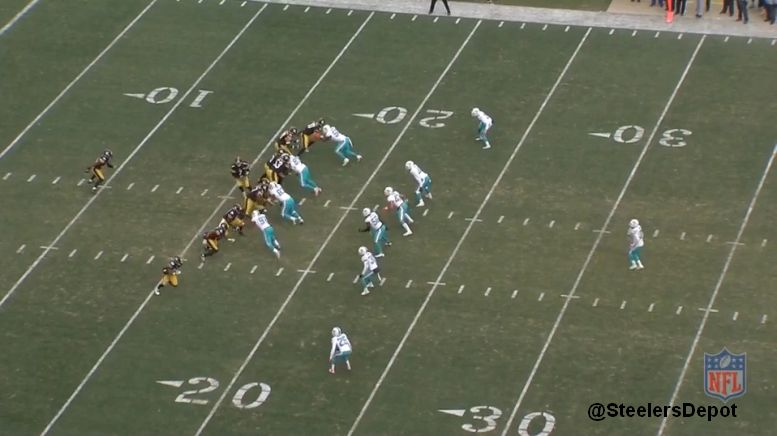 Brown in the slot on this run/pass option. Ball doesn’t go to him but again, off the line, free release, with his split changed to open up the whole route tree. Can run vertical, inside, and outside breaking routes. 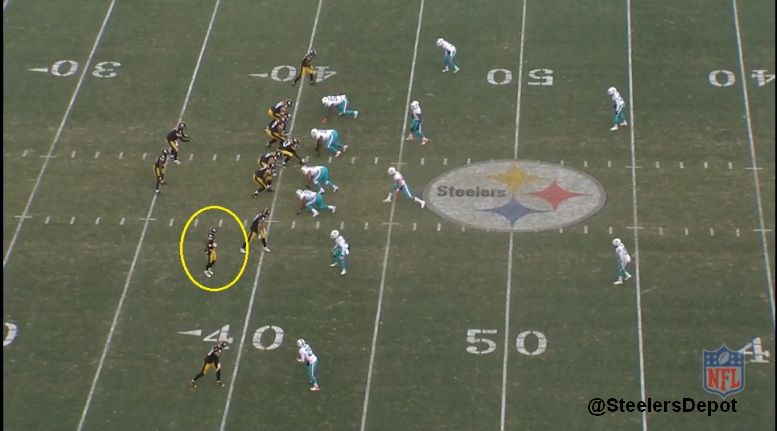 Similar thing here as we saw in the first picture. One back set here bu AB stacked on the bottom, this time Eli Rogers is the point man, giving Brown another free release. He can run under Rogers and be able to get across the field if the call asks for it.

And finally, again, Brown as the Z receiver as opposed to the X, and his split is way reduced. Again, opens up the entire route tree. 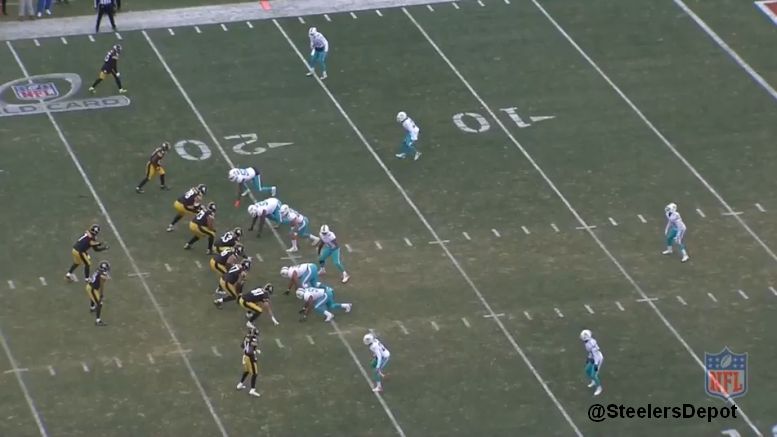 We’re not even talking results here. Some of Brown’s big plays, like his second touchdown, came from a more conventional split. But the creativity was needed and showed Haley’s ability to recognize his problem, though it was pretty obvious, and fix things. That’s working with your playmaker. Doing everything you can to get him in space and not letting the defense gameplan him away, as they did in the Week 6 matchup.

So kudos to Haley for that. That’ll be needed going forward.