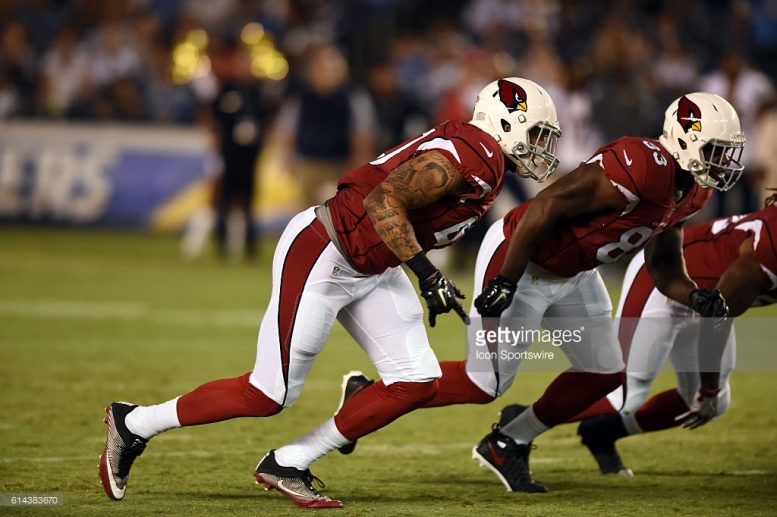 The Pittsburgh Steelers filled the two open spots on their practice squad on Tuesday as defensive back Mike Hilton and outside linebacker linebacker Shaquille Riddick were both signed.

Hilton entered the league this year as an undrafted free agent out of Mississippi with the Jacksonville Jaguars. He recorded 225 total tackles during his four seasons at Mississippi and had 6 interceptions. According to his college bio, Hilton started at every position in the defensive backfield during his college career.

As for Riddick, he was originally drafted by the Arizona Cardinals in the fifth-round of the 2015 NFL Draft out of West Virginia. In his one season at West Virginia he recorded 27 total tackles and that included 7 sacks.

In essence, the Steelers replaced cornerback Al-Hajj Shabazz and linebacker Travis Feeney with Hilton and Riddick. Shabazz was claimed off waivers recently by the Houston Texans while Feeney was signed by the New Orleans Saints off the Steelers practice squad last week.