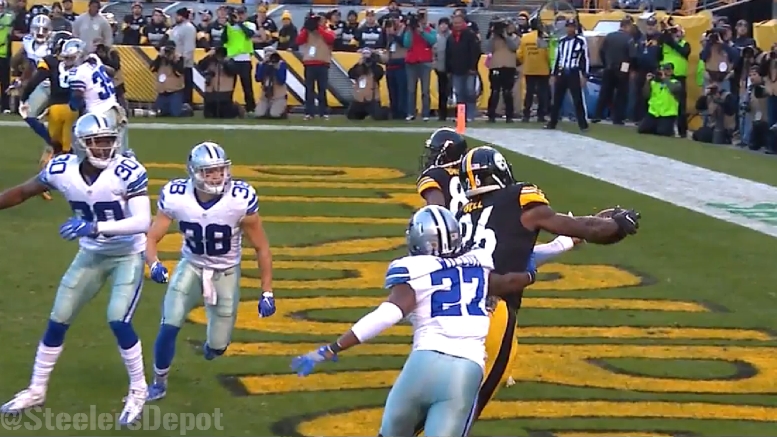 The Pittsburgh Steelers’ search for a number two wide receiver is quickly becoming a nightmare, and, quite frankly, they are running out of options. The top three choices are all currently sidelined to some degree, and it is not clear when or if any of them will be able to be up and running at close to full capacity by the end of the season.

Which obviously means that it’s going to be pretty hard for the Steelers to run their offense with great efficiency when they can’t even present a second receiving option that commands any sort of respect from the defense, and as much as I like Cobi Hamilton as a scrappy depth sort of wide receiver, he is certainly not that.

Markus Wheaton was supposed to be that number two option heading into the season, but that never even happened—and that is also ignoring the fact that Martavis Bryant was actually supposed to be in that role, had he not received a season-long suspension.

Wheaton dealt with injuries for a while, but he suffered a shoulder injury in the third preseason game that to this day is continuing to give him legitimate issues and has caused him to miss most of the season. there is now even speculation that it could result in him being shut down for the year, which would potentially effectively end his career in Pittsburgh.

After Wheaton’s injury prevented him from stepping into the role, it looked as though second-year wide receiver Sammie Coates would be the answer. He had an impressive first five games of the season, during which he caught something like 20 passes for over 400 yards and two touchdowns, which, even with drops in his final game, still seemed to be headed on an upward trajectory.

But Coates have been virtually non-existent for the past four games because he is dealing with what is now believed to be multiple fractured fingers. He essentially admitted that he is limited because his hand is holding him back, which, coincidentally, was also the case for Wheaton in his rookie year.

The Steelers even tried to turn to Darrius Heyward-Bey in the starting lineup, though he wasn’t actually being used with starter snaps against the Ravens. But he suffered a foot injury going out for a long ball and getting rolled up on at the end of the play and is on crutches.

Eli Rogers is the second-best wide receiver on this team right now, but even though he does show a willingness to block, the Steelers appear to be hesitant to use him in two-receiver packages. He only has a small handful of snaps outside of three-receiver sets this year.

The only solution, frankly, short of trading for a wide receiver, is to rely upon what you have elsewhere. The Steelers have a running back and a tight end at their disposal who are both capable of functioning as true wide receivers. Le’Veon Bell has been doing his part, but hopefully as Ladarius Green continues to get closer to full capacity, he can help to close the wide receiver gap that this team is going through.