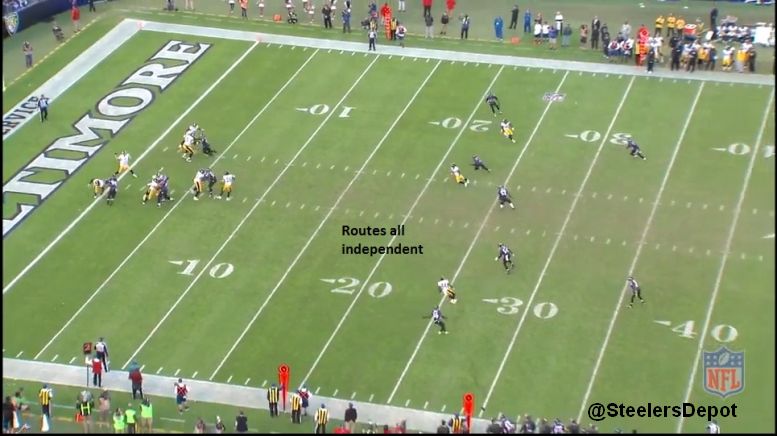 Game notes from the Pittsburgh Steelers’ 21-14 loss to the Baltimore Ravens on Sunday.

– Ravens set the physical tone early. Steelers’ were physical too but I think the Ravens outmatched them. First play, Jesse James and Le’Veon Bell go flying into the ground.

– Alejandro Villanueva late out of his stance on the Terrell Suggs’ free shot early in the game. Didn’t get the count, probably his fault considering everyone else moved.

– Lawrence Timmons with a good read and tackle against the run. Did well all game. 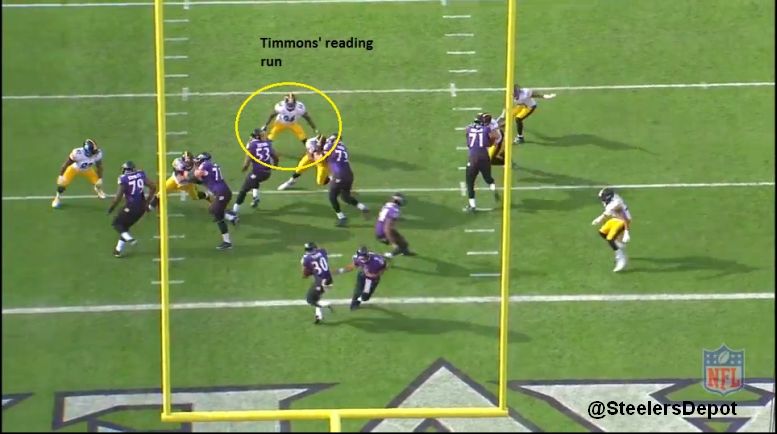 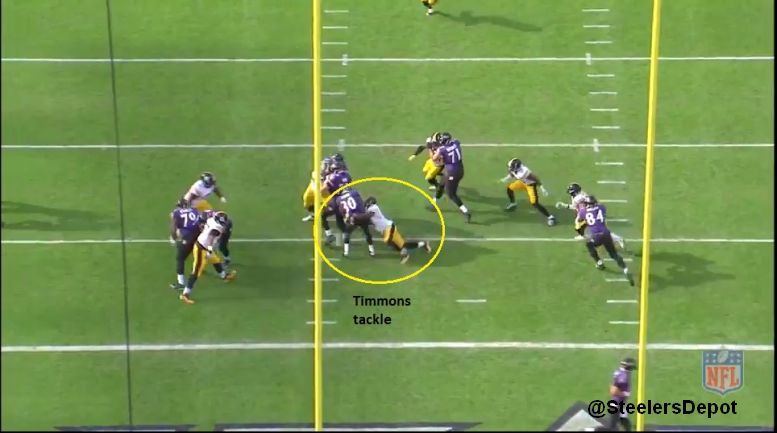 – As Artie Burns said, didn’t play to Mike Wallace’s upfield shoulder on the 95 yard touchdown. That’s where the issues start and then were compounded by Mike Mitchell. But Burns is partially to blame, too. 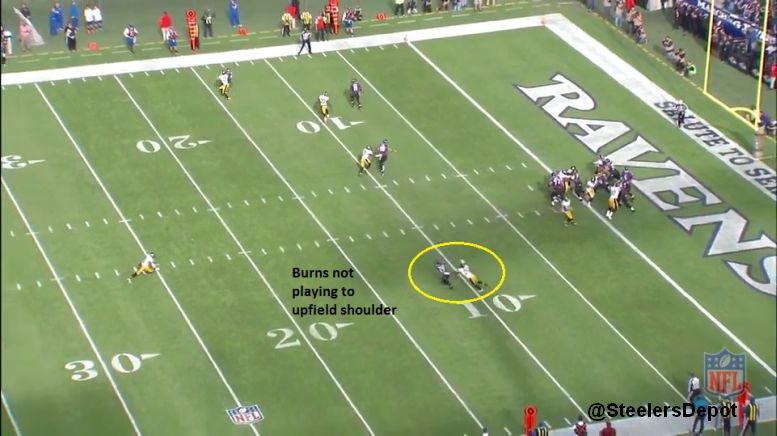 – Xavier Grimble misses this bock on the backside against Suggs, allowing him to chase Le’Veon Bell down in from behind. 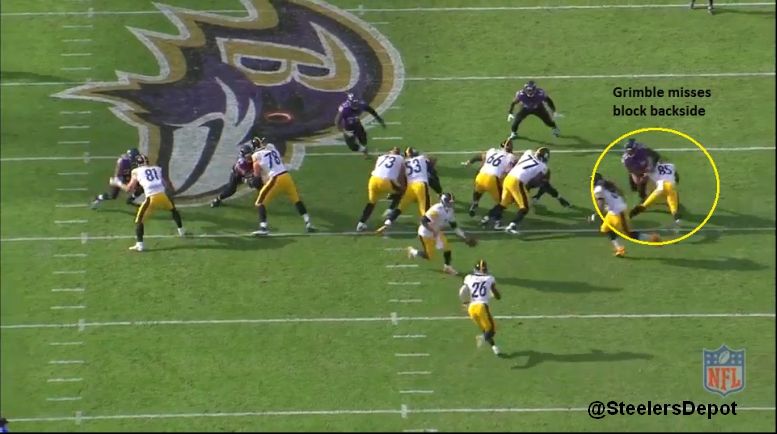 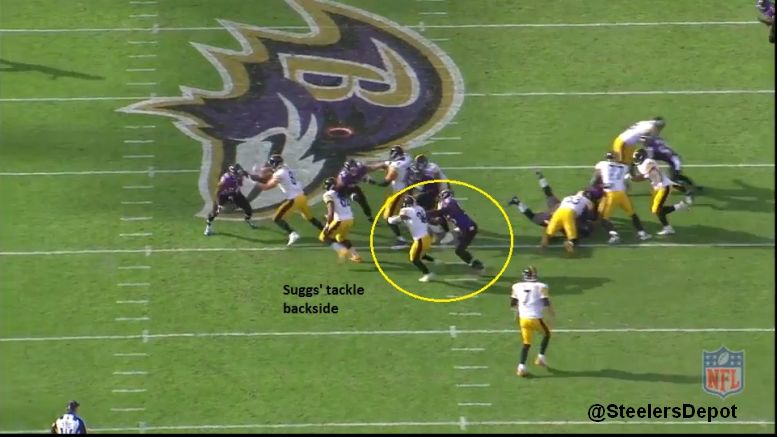 – Ravens in Cover 2, MIKE dropping and getting depth, no way Ben Roethlisberger can make this throw to Eli Rogers over the middle. 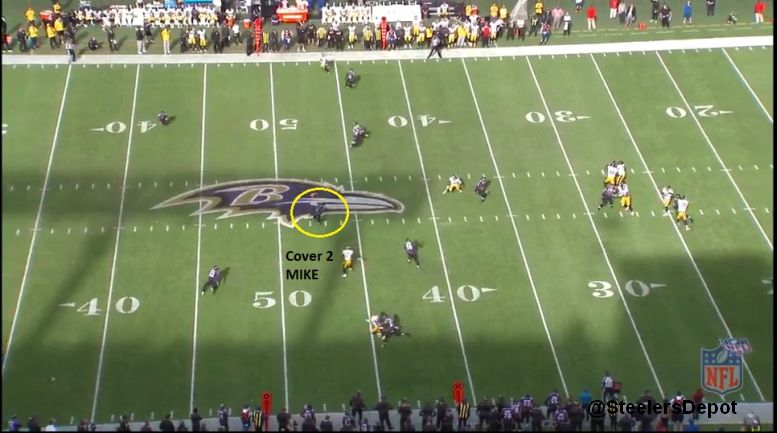 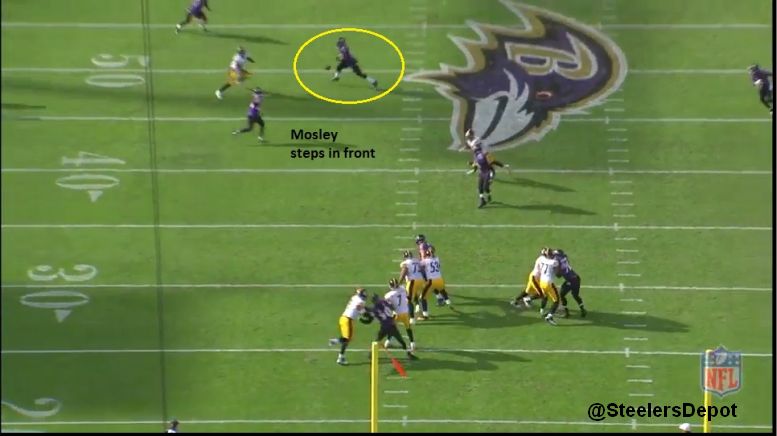 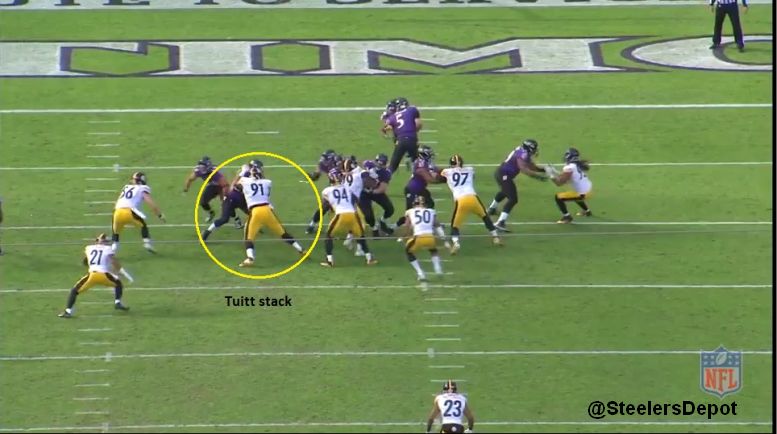 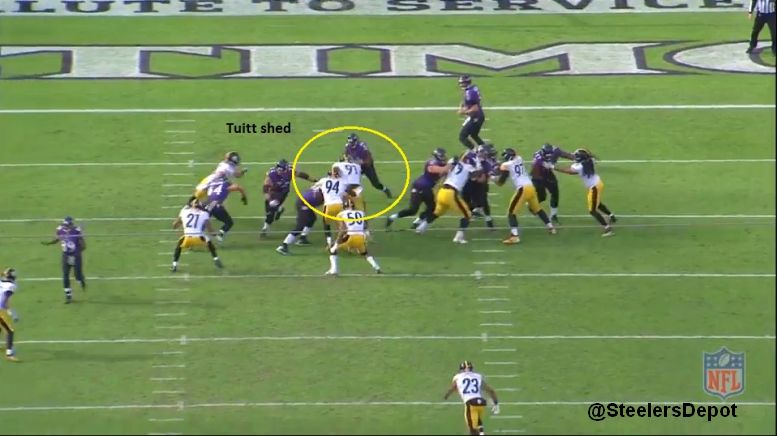 – Nice rush by Jarvis Jones against the rookie Ronnie Stanley. Shoves his inside arm, gets separation and past. 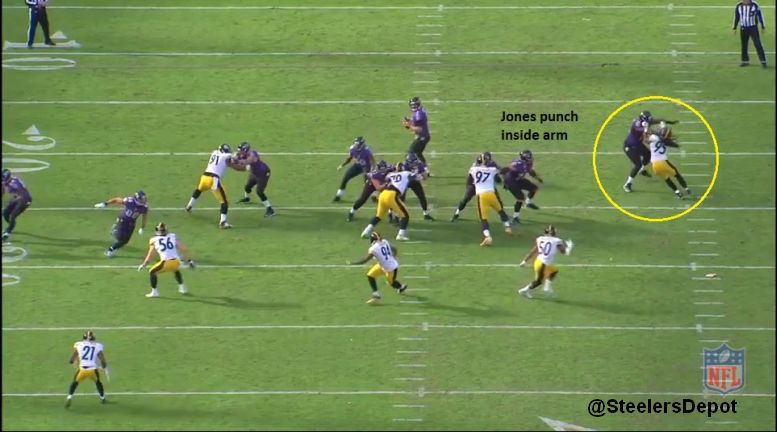 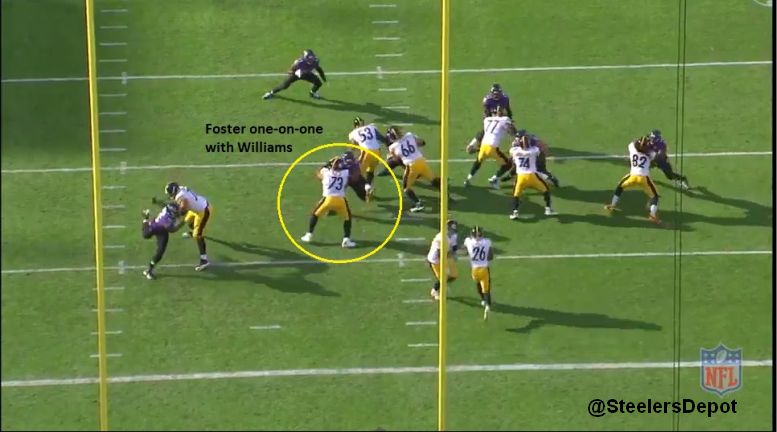 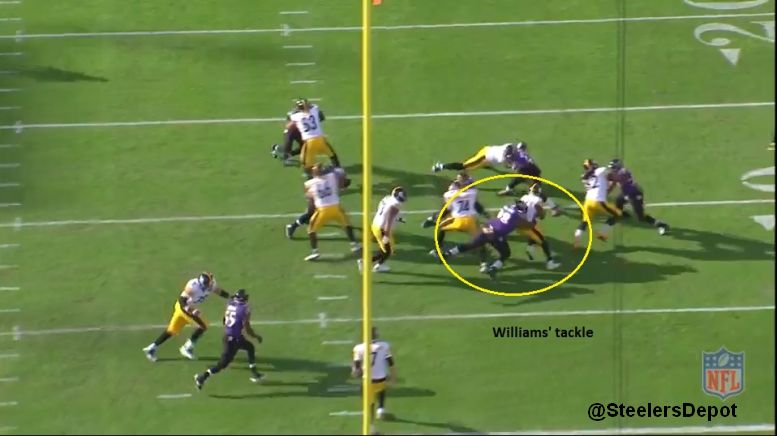 – Sweep to boundary…ugh. Was actually happy that David Johnson was flagged and killed the play. Would’ve failed. 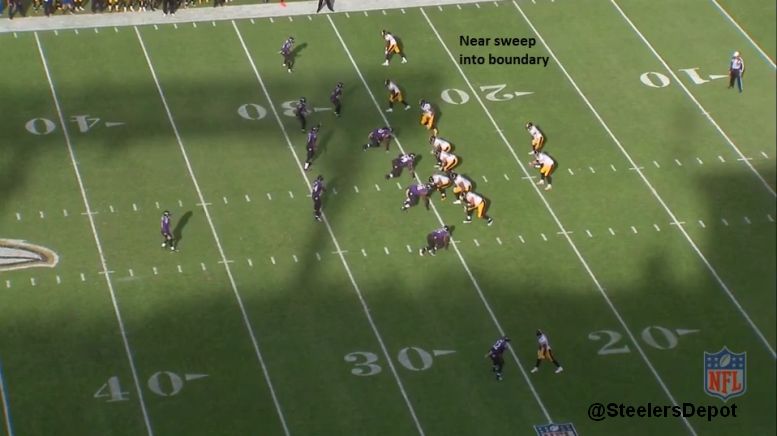 – Artie Burns continues to struggle breaking down, trying to get out of his bail technique but takes a lot of time. 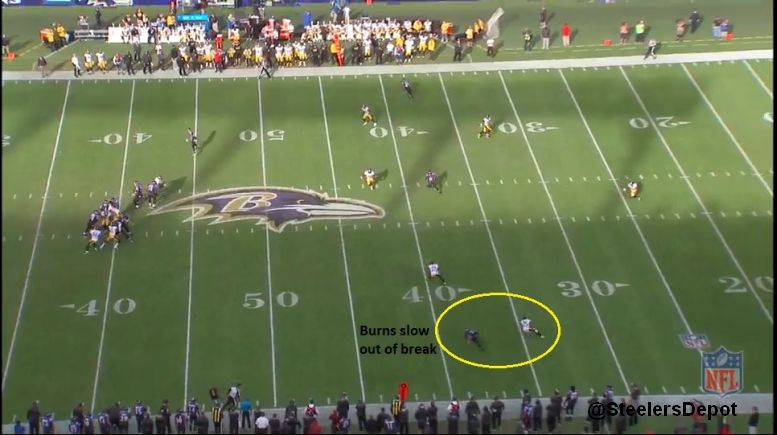 – Better angle here by Burns on this slant. That’s what you want to see. Play to the upfield shoulder. 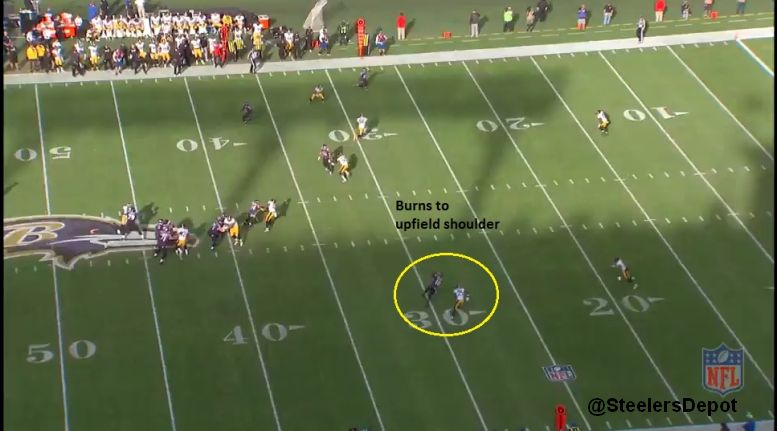 – Kudos to Lawrence Timmons for carrying the seam in Cover 2. Got his head around and broke up the pass. Did it the next play too, though that went unnoticed. 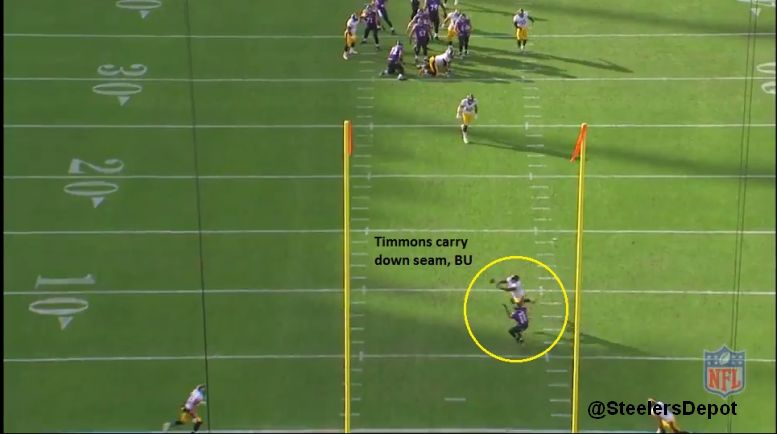 – Steelers making some smart adjustments to stop the run. Following the WR on any motion so the backside LB can crash without being held by the end around threat (like what happened on the first play of the game, a gain of 8).

It didn’t totally work here but I like the idea. 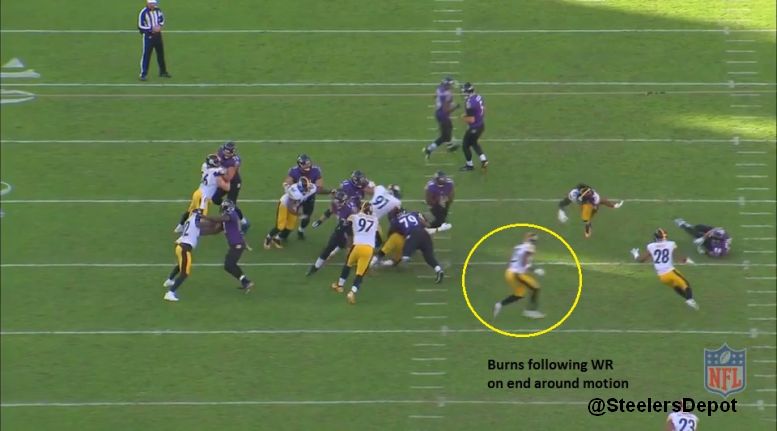 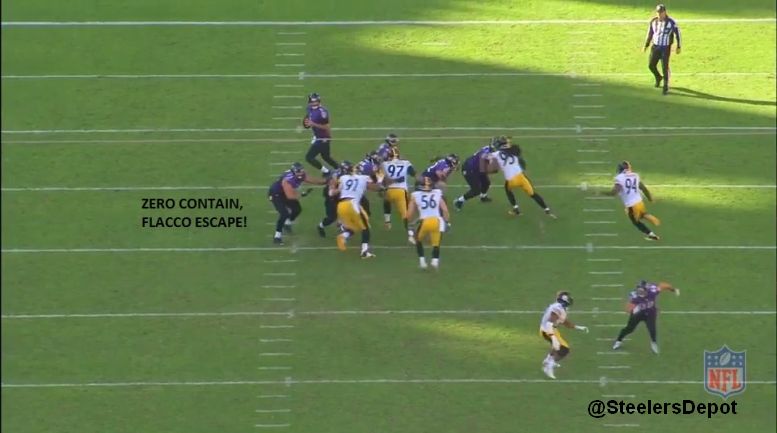 – B.J. Finney gets worked by the Ravens UDFA nose tackle Michael Pierce. Blows up this run. 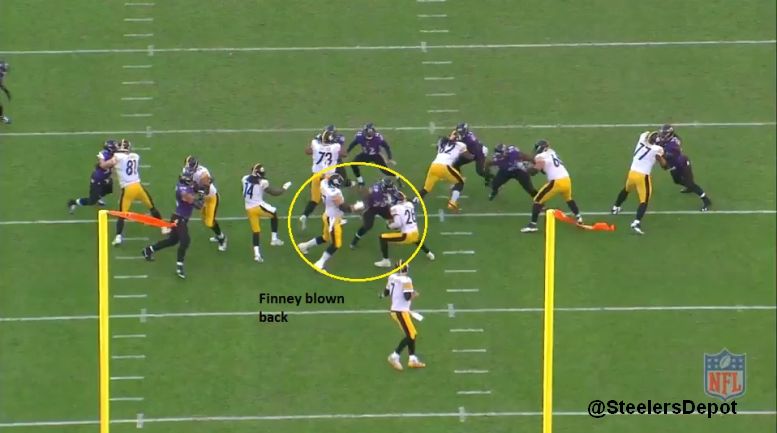 – More issues with Finney. Doesn’t get off this zone block to work to the linebacker, letting him free. 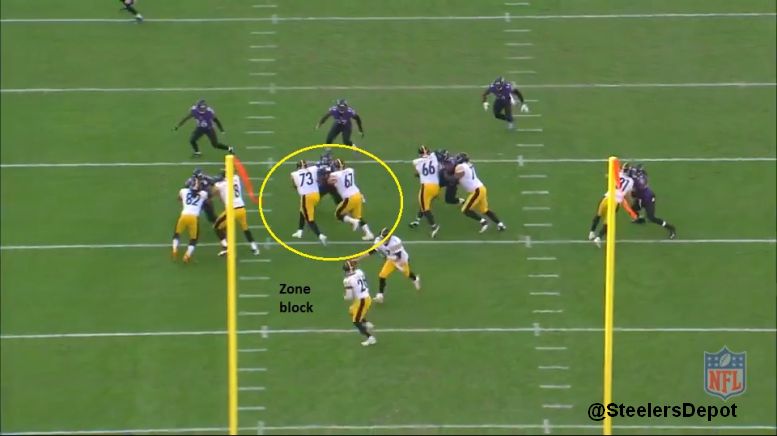 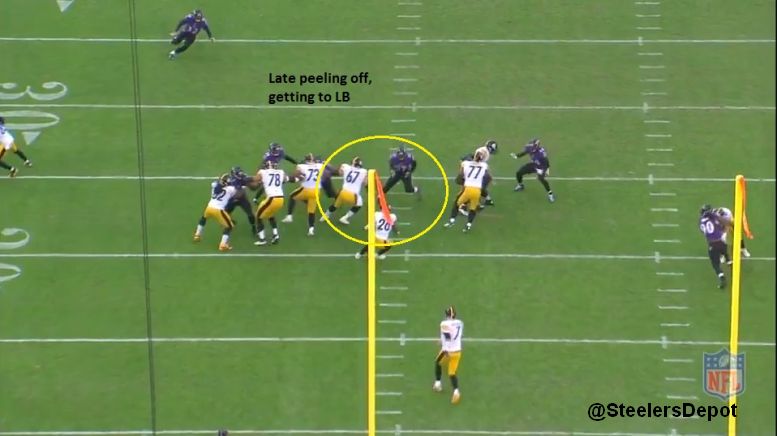 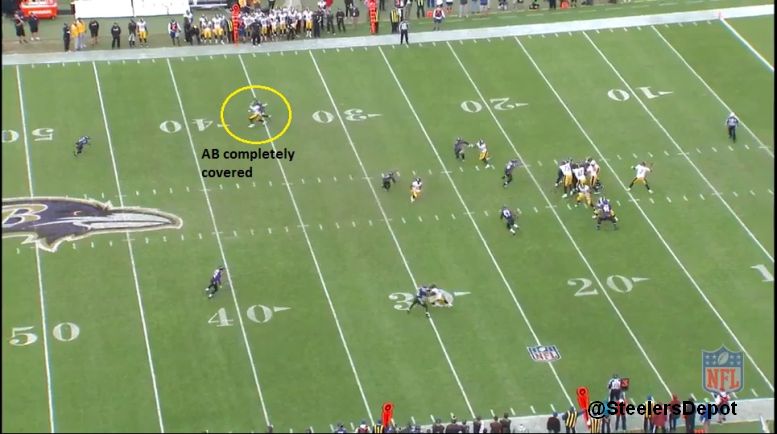 – An example of what I mean of routes being too independent of each other. 2nd and 21, three deep curl routes, nothing intertwined. Ball nearly picked.