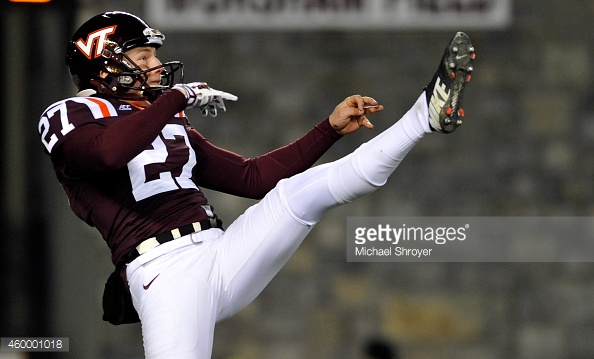 Some minor housekeeping for this Wednesday afternoon. The Pittsburgh Steelers worked out punter A.J. Hughes last week, according to the official NFL transaction logs.

Hughes spent his college days at Virginia Tech, punting 70 times his senior season for an average of 42.9 yards. His best season came in 2013 when he averaged over 44 yards per boot, including a career long of 64 yards.

There’s a fun highlight of him booting a punt over a 110 foot scoreboard back at school.

Other random fun fact: Hughes was born in Terre Haute, Indiana, the same town Paul Moss grew up, the first Steeler to ever score an offensive touchdown. Never a bad time for a Paul Moss reference.

Ranked the 20th best punter by NFL Draft Scout, he went undrafted and signed by the New Orleans Saints in May of this year. The Chicago Bears worked him out in September but it doesn’t appear he was signed.

This is likely just a move to update the team’s emergency list in case of an injury to Jordan Berry. Berry is in the middle of a fantastic season and his job is certainly safe.