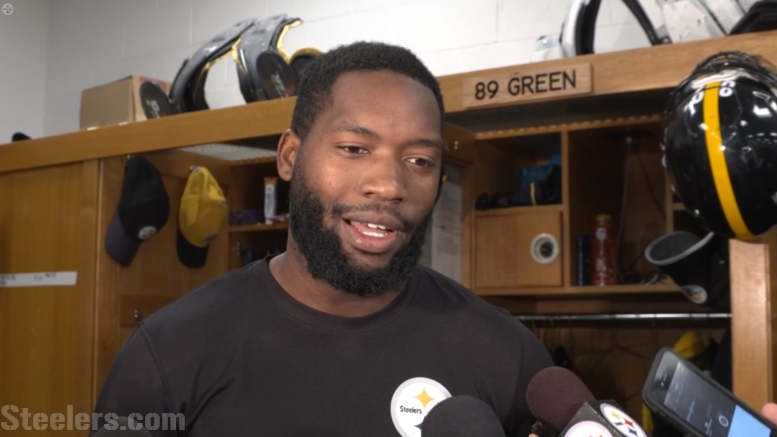 It’s starting to sound more and more like we’ll have to wait at least one more week for Pittsburgh Steelers tight end Ladarius Green to make his 2016 debut.

While Green has been practicing for several days now, Joe Rutter of the Pittsburgh Tribune-Review reports Thursday afternoon that the tight end doesn’t sound very confident that he’ll be activated off the team’s Reserve/PUP list ahead of Sunday’s game against the Baltimore Ravens.

TE Ladarius Green (ankle) is practicing but seems unlikely to be activated Sunday: "I'm still little bit hesitant to do some things."

Once Green resumed practicing last week, the Steelers at that point have 21 days in which they can use to evaluate the tight end before deciding whether or not to activate him to their 53-man roster or leave him on the Reserve/PUP list for the remainder of the season.

While reports from Green’s teammates and Steelers head coach Mike Tomlin have been overly positive since the tight end started practicing, it sounds like he needs at least another full week before being deemed ready to play.

After the Steelers play the Ravens this Sunday, they will return home the following week to play the Dallas Cowboys.

Green, who signed a four-year, $20 million free agent contract with the Steelers this past March, has been sidelined since undergoing ankle surgery this past January.

Ladarius Green at work in practice. If he plays this week, Steelers will have to make it known by 4 pm Saturday. pic.twitter.com/wIrGo10fzJ