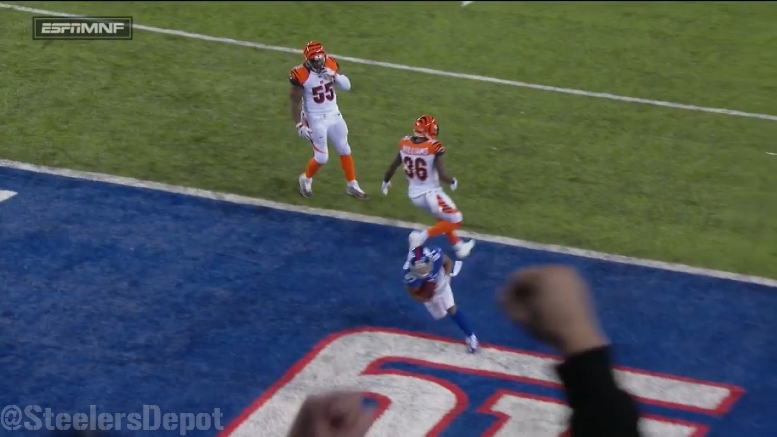 Tomorrow is a pretty important day for the Pittsburgh Steelers, not just for their own well-being, but for the complexion of the division. It is, on paper anyway, shaping up to be a day that could be a pretty good one for them. while they are looking to snap a four-game losing streak, they are being handed the league’s only winless team.

Meanwhile, the Ravens are being tasked with solving a Cowboys riddle that has not been tripped up since the season opener in which they started a rookie duo at quarterback and running back—and that game will be taking place in Dallas. Without their best cornerback.

A Ravens loss and a Steelers win would put Pittsburgh back into a statistical tie for the AFC North lead, with both teams establishing a 5-5 record, though, of course, Baltimore would still own the head-to-head tiebreaker, making the two teams’ Christmas Day matchup all the more pivotal in a little over a month from now.

But almost equally important is that they could finally start to put some distance between the top two contenders and the Cincinnati Bengals, who are dragging themselves out to a 3-5-1 start to a season in which they are defending a division title and a 12-4 record. Having already assured that they will finish this season comfortably with a worse record than last year, they are currently just hoping to stay competitive.

Tomorrow, they host a Bills team that is 4-5 currently and riding a three-game losing streak, but with losses coming against the Patriots and Seahawks, the latter in Seattle. They, too, are hungry and looking at least to stay in the Wildcard race, although they have a hill to climb even for that.

Rex Ryan, of course, knows the AFC North well, having cut his teeth in coaching with the Ravens on the defensive side of the ball, so he is certainly not about to take this game likely. One thing Buffalo has done this year is pressure the quarterback, and Cincinnati has allowed opposing defenses to do that.

Meanwhile, the Bengals have displayed a leaky run defense, while Ryan’s unit ranks second in the league on the ground and is ninth in scoring offense. Other than placing their center on injured reserve, the Bills are coming into this game relatively healthy, though the Bengals are as well.

While it is certainly the case that the Steelers can’t afford to drop tomorrow’s game to the Browns, if even only on a psychological level, the defending AFC North champions are without question in even more dire straits than is Pittsburgh. If they fall two games behind in the win column, given how they have performed through the first half of the season, they have little hope of rebounding.

So Sunday could be a pretty big day for the Steelers. If the cards fall right, they may not swap their immediate seeding, but they will be in drastically better position, matching Baltimore’s record and leaving the Bengals behind.