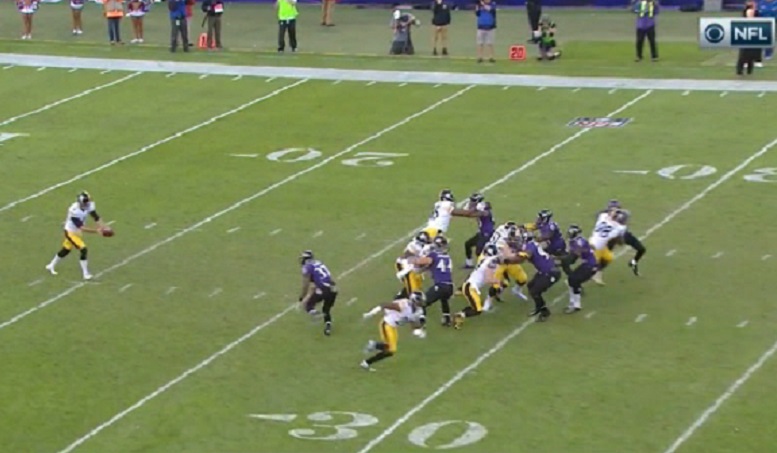 The Baltimore Ravens blocked an attempted punt by Pittsburgh Steelers punter Jordan Berry in the fourth quarter of their Sunday win and returned it for a touchdown. It turned out to be a huge play for them as they ultimately won the game by seven points.

After the game was over, Steelers rookie safety Sean Davis, who was responsible for letting Ravens running back Javorius Allen have a free run at Berry on that attempted punt in question, didn’t expound much on what happened but did say that miscommunication played a part in the breakdown, according to Chris Adamski of the Pittsburgh Tribune-Review.

Sean Davis said the blocked punt was the result of a "miscommunication".

He did not expound.

Allen, however, had a much more interesting response after the game when asked to talk about his punt block.

“Before that punt even got blocked, I told Coach Jerry [Rosburg], ‘He keeps leaving me.’ Before the snap, he just runs outside, and that’s my man,” said Allen. “He said, ‘OK, we’re going to handle it.’ I knew I could get a block on him. If I faked like I was rushing and then go under, I knew I was going to block it.”

While the all-22 from Sunday’s game has yet to be posted, I have gone back through the television tape and looked at all the Steelers punts against the Ravens. While you can’t get a good view of the complete play on a few of the Steelers punts, the one that happened with 8:41 left in the third quarter shows Davis indeed leaving Allen well before the football is kicked by Berry.

Once again, we’ll get a better look at all 10 punts by Berry when the all-22 is released, so be prepared for an update. It will also be interesting to see if Steelers special teams coordinator Danny Smith talks about what happened on this block during his weekly interview with Bob Labriola.

One other thing I want to point out to you. Watch fellow Steelers safety and special teams captain try to touch and communicate with Davis right before the football is snapped on blocked punt play. I’m curious as to what was said and I doubt we’ll ever know.