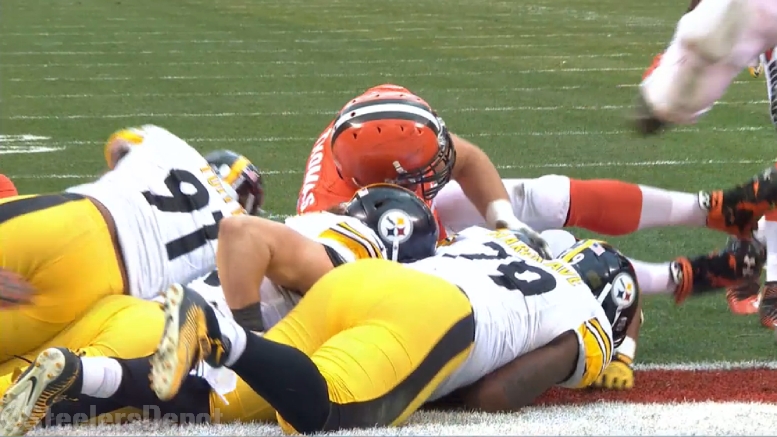 Question: How much playing time will rookie Javon Hargrave continue to see in Cameron Heyward’s absence?

On Sunday, we saw that the Steelers likely intend to use Javon Hargrave to absorb a good number of Heyward’s snaps, mixing him in a good amount as a nickel interior pass rusher in addition to the snaps that he accumulates at the nose tackle position. As a result of this, he logged over 60 percent of the Steelers’ defensive snaps, the second-most among defensive linemen behind only Stephon Tuitt.

While all of his snaps in the 3-4 defense were technically taken as the nose tackle, in that he was the player who aligned at the one-tech over the center, many of those snaps were actually taken from an unbalanced line in which both defensive ends played to one side or another of the nose tackle, rather than one on either side.

Of course, the majority of his snaps came in the nickel defense, aligned as one of two down linemen, which was really the role that most of us expected him to primarily fall under, given that the Steelers primarily use their nickel defense, and Sunday’s game was no exception to that.

More importantly, he found some success as a pass rusher, as he worked the inside stunt well on a number of occasions, in the process netting the first sack of his career and getting pressure on other occasions, including being the second player there on a couple of sacks that others ended up finishing first.

He was also there to scoop up the fumble following a strip sack, which resulted in the Steelers’ first defensive touchdown of the season. Given that he found some success and was able to make an impact, that would encourage the coaching staff to give him more opportunities.

Now, the question is, will they give him some time at defensive end in the 3-4 front? With the way that the Steelers have been modifying their front, putting a linebacker with his hand in the dirt, they have already been working their way toward that.