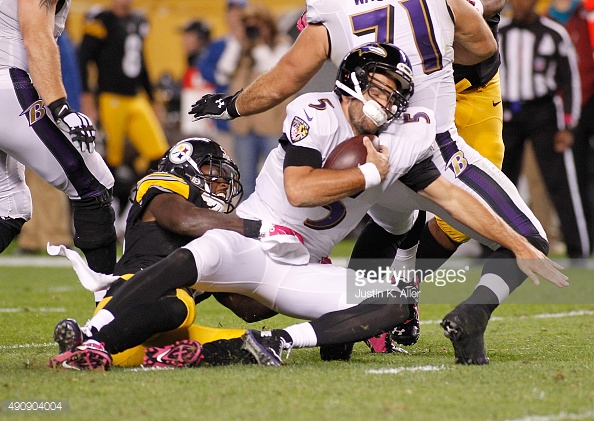 The AFC North has its first firing of the season. And it isn’t a Cleveland Brown. Who knew?

We replaced Marc Trestman as our offensive coordinator with Marty Mornhinweg.

The Ravens’ offense, as the firing would suggest, has been an utter mess this season. They’re averaging just 18.8 points per game, 23rd in the NFL. While the Steelers focus on scoring at least 30 points per game, the Ravens have been held to under 20 three games in 2016, including Sunday’s 16-10 loss to the Washington Redskins.

The run game has been middling, though may have found some new life with Terrance West, and the vertical attack that looked good on paper hasn’t translated to practice. Joe Flacco has only thrown more than one touchdown pass in one game this season. Ditto with going over the 300 yard mark, just one time, despite leading the league in attempts with 43 per game.

It’s little to no improvement over an offense last year who ranked 25th in points per game. Injuries were a factor but it wasn’t enough to save Trestman’s job.

It will be Flacco’s positional coach, Mornhinweg, who will take over for Trestman. He was hired to be the team’s QB coach last year. He has been an OC for the San Francisco 49ers, Philadelphia Eagles, and New York Jets throughout his NFL career.

Baltimore will travel up north to take on the reeling New York Giants on Sunday, who are on a three game losing streak. It’s still a month until the first Ravens/Steelers matchup, November 6th after the Steelers’ bye week.