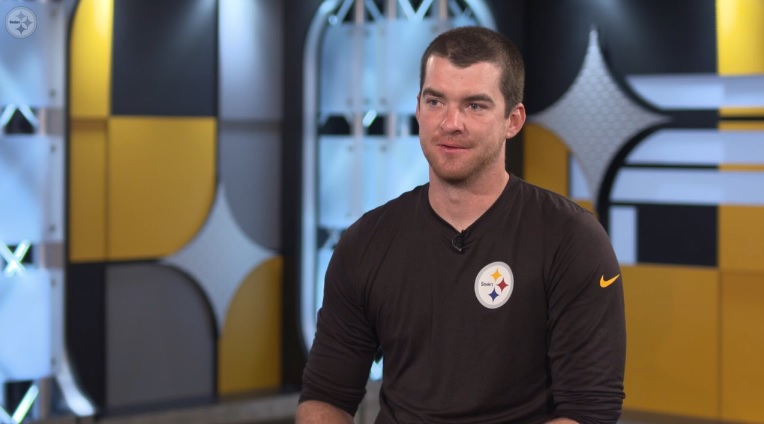 Because it’s been such a divisive climate this year, it’s important to recognize one thing we all should be able to agree on: Jordan Berry has been awesome.

Through three games, Berry is averaging 49.9 yards per punt, good enough for fourth in the league. That earned him a sit down with Steelers.com’s Missi Matthews, who walked through his time in Pittsburgh and the immense improvement he’s shown this year.

Throughout the interview, Berry was humble and continued to deflect credit to players and coaches. And it starts with his special teams coach, the one-of-a-kind Danny Smith.

“He’s a really good coach, He’s been in it for a really long time. He knows the finer points involved with the technique of punting and knows a lot of the scheme stuff as well. So if I’m doing something wrong he’s able to help me out technique wise and how I can get that better as well as explain why it’s important I get that right to help everyone else on the team.”

Whatever specific teaching Smith has given has worked in a big way. Though, yes, it’s only been three games, Berry is on pace to set the Steelers’ single season record for punt average. His average is nearly three yards ahead of the current leader, Bobby Joe Green’s 47 yard mark set way back in 1961.

In the modern era, Daniel Sepulevda is the current record holder with a 45.5 average in 2010.

It was the Week Two win over the Cincinnati Bengals game that drove the largest praise Berry’s way, one where he was arguably the best and most valuable player on the field. Five times, the Bengals were pinned inside their 20. He averaged over 47 yards per punt, statistically, believe it or not, his “worst” average of the season. He went over 50 yards in Week One and Week Three though had more freedom to show off his leg.

But it’s his directional punting that has become his best asset and one he’s worked on in his two seasons as the starting punter.

“Had a bit of trouble with the directional last year but it’s sort of getting more of that this year and it’s going well.”

Of course, there’s credit to be shared around, and Berry didn’t want to leave out Greg Warren, mentioning his performance in reference to the muddy, water-logged Bengals game.

“It was really good as well for the Greg Warren, the long snapper. They pretty much just dropped the ball in the mud so he’s out there, gotta pick it up, and hit me right on the hip. And he did a great job all day which made my job much easier.”

The punt game will be tested and key Sunday night when the Steelers take on the Kansas City Chiefs. Punt returner Tyreek Hill has a healthy 14 yard average this season so controlling him, and by extension, field position, will be critical.