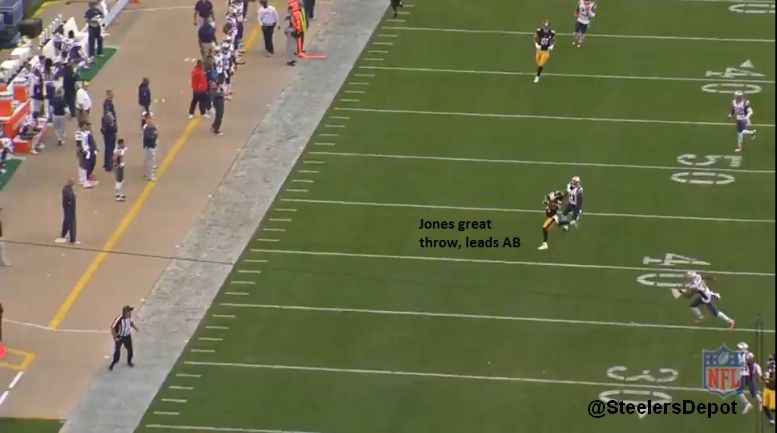 But not everything is terrible. The Pittsburgh Steelers are still in first place. We’re about to gain an hour of sleep. Look at this puppy.

And Landry Jones‘ 51 yard completion to Antonio Brown was a thing of beauty.

We’re going to focus on the last part of that good list today. A quick breakdown but I’m leaning on it because it’s a very similar play to what’s in my go-to playbook, the Dallas Cowboys’ 2006 one that Todd Haley had when he was passing game coordinator.

Here’s the Cowboys’ Z Pylon play from that playbook.

It does say “sprint” but this doesn’t look like a designed rollout. You don’t see that action drawn up and it doesn’t appear part of their “naked/bootleg” package. It just indicates that quarterback and running back need to execute a “great fake,” simple playaction.

Z Pylon is a two man concepts with the Z (strongside) running a deep corner route, his aiming point is the back pylon. The X receiver runs a crossing, or as it’s called, spear route, getting 16 to 18 yards of depth.

That’s what happens on this play. Darrius Heyward-Bey, the Z receiver runs vertically and at the end, you can see him start to bend his route to the corner.Brown is running the spear underneath. Jesse James originally stays in to block and then leaks out as a checkdown option, just as it’s shown above. 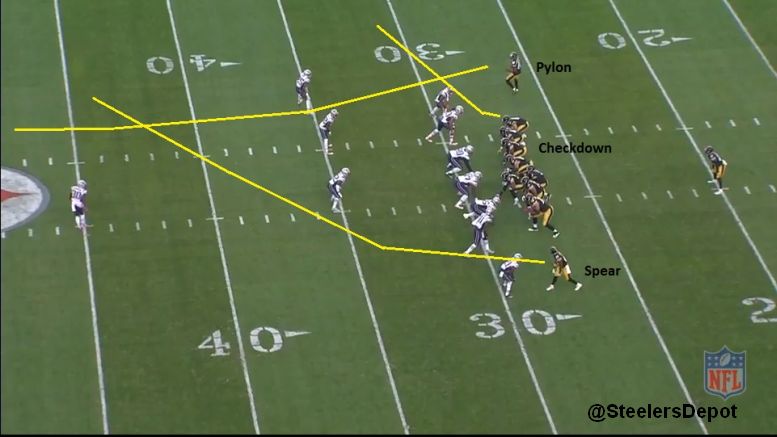 The Patriots are in man coverage on Malcolm Butler and Brown is able to win inside and get Butler trailing. Jones makes a terrific throw, arguably the best he’s ever made in Pittsburgh, and hits him in stride down the right sideline.

That clearout route by DHB draws the corner and deep safety to help open Brown up too. 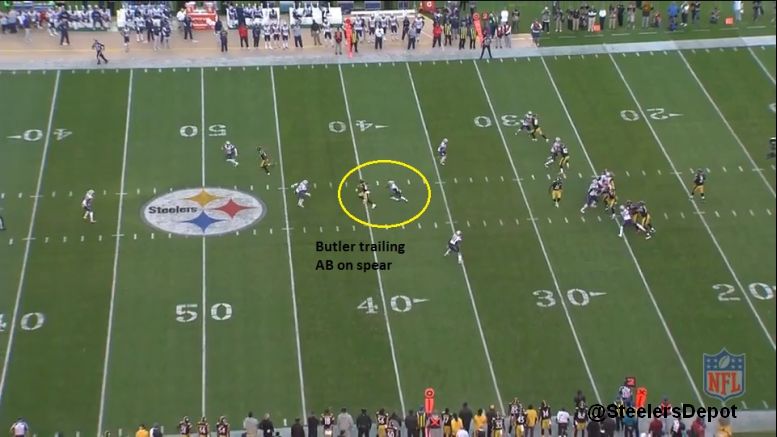 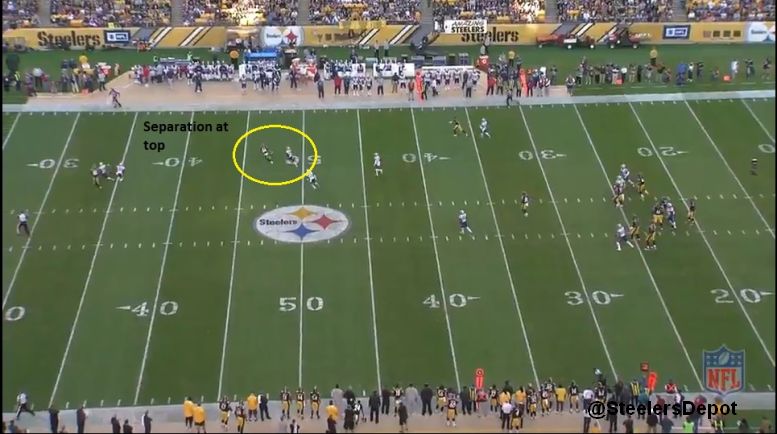 Three plays later, Jones hit Heyward-Bey on a 14 yard touchdown to the left corner of the end zone. Another strong playcall and similar to what the Cleveland Browns did in Week 5, which is another topic for another time.

It got Pittsburgh back in the game and the type of splash this team needed to stay competitive. Strong playcall, strong execution. It’s beautiful when it all comes together.