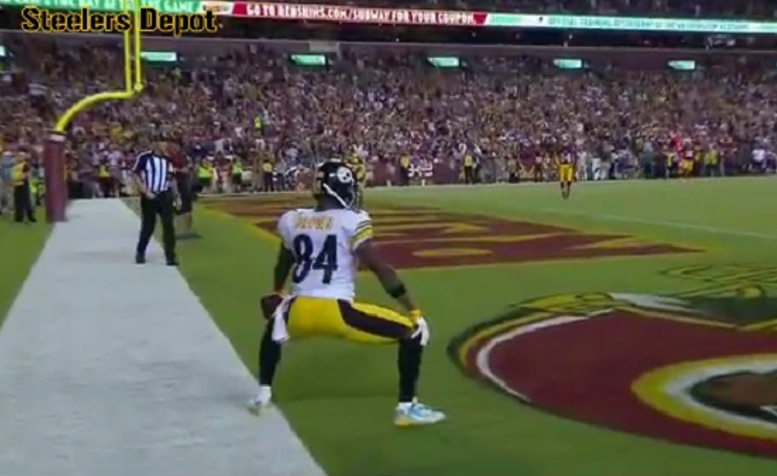 Pittsburgh Steelers wide receiver Antonio Brown was working and twerking Monday night in the team’s 38-16 win over the Washington Redskins and the latter will likely cost him some of his weekly paycheck.

After hauling in his second touchdown pass of the game, Brown, who was a contestant this past offseason on Dancing with the Stars, broke into a twerk of sorts complete with a pelvic thrust that was ultimately flagged for unsportsmanlike conduct.

So why was this particular dance by Brown flagged? According to Tom Pelissero on Twitter, the NFL bylaws specifically bans “sexually suggestive” celebrations and Brown’s dance certainly matches that description even though it would make Hingle McCringleberry very proud. (See video below)

So how much will Monday night’s new dance that likely to wind up sweeping the nation wind up costing Brown? According to Darren Rovell of ESPN on Twitter, Brown’s can probably expect a fine equal to 2% of his game paycheck which in his case is $602,941 ($12,058.82).