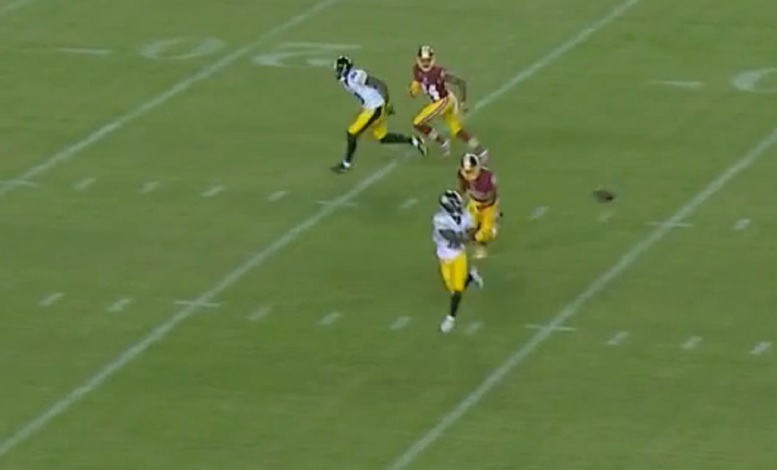 One of the most amazing aspects of the Pittsburgh Steelers win Monday night over the Washington Redskins was how the team’s offense performed on third and fourth downs and especially in short yardage situations.

For starters, the Steelers offense not only converted both of their fourth down opportunities in the game, those two plays netted 29 and 19 yards respectively and a touchdown. On both of those plays the offense needed just one yard and they used the same formation and route combinations to convert each of them via passes. You can see those two plays below.

On four of the 14 total third downs that the Steelers offense faced Monday night against the Redskins, the unit needed five or less yards. On those particular plays in question, the offense produced gains of 26, 20, 16 and 16 yards and all via passes. If that’s not enough, Steelers quarterback Ben Roethlisberger threw way past the sticks three times to wide receiver Antonio Brown with one of them resulting in his second touchdown of the game.

In total, the Steelers converted 9 of their 14 third down opportunities Monday night and that certainly is an outstanding conversion rate. Two of those nine conversions came courtesy of hard runs by running back DeAngelo Williams and in both instances, only 1-yard was needed for a new set of downs.